This paper examines the manifold ways in which the inhabitants of the region we now call the Middle East have engaged with modernity in its various manifestations. Plotting a chronological and thematic course through the region’s history, the paper looks at the attempts of its rulers and peoples to craft, customise, and recalibrate discourses and practices they thought of as distinctively modern.

The paper begins in the nineteenth century with the Ottoman reforms of the Tanzimat and the intellectual innovations of the Arabic nahda, or ‘awakening’, and ends with the Arab revolutions of 2011 and their continuing legacies. Over its course, it considers themes as urban life, gender and the changing meanings of femininity, Arab visions of sovereignty, development, and global order in the time of decolonisation, and the Arab neoliberalism of the late twentieth and early twenty-first centuries.

Over the past century-and-a-half, the political, social, economic, cultural, and intellectual lives of the Middle East’s peoples have been defined by consistent efforts to make sense of, give meaning to, and interrogate the novel facts of modernity. Instead of a reductive stress on religion, repression, international conflict, or forced displacement, this paper places the people of the region front-and-centre, examining their lives and changing experiences through the prism of the modernities they have manufactured and made their own.

This paper takes what we now call the Arab world – the Arab states of the Levant, the Gulf, and North Africa – as its central focus, with occasional sideways glances at Turkey and Iran. It aims not to provide a country-by-country guide to the region’s states, but an overview of overarching themes in modern Middle Eastern history which is at once comprehensive in its scope and focused in its preoccupations.

To do so, the paper draws on the perspectives not just of a range of historians, but also from other disciplines such as anthropology, sociology, and urban studies. More than simply an introduction to the history of the Middle East, this course aims to familiarise students with a variety of historiographical debates and disciplinary approaches. Indeed, it will examine current debates on the meaning, and analytical value, of a term like modernity, and track the changing ways in which historical actors and scholars have understood, defined, and used the term. Furthermore, it undertakes to understand the manner in which the engagements and entanglements of the Middle East with the world beyond – whether in the form of imperial encroachment, colonial settlement and economic exchange, or intellectual and cultural interchange – have shaped its history. The Middle East, this paper suggests, cannot be considered in isolation; it can help us to understand the meanings of modernity, just as modernity offers us a lens through which to examine the Middle East. 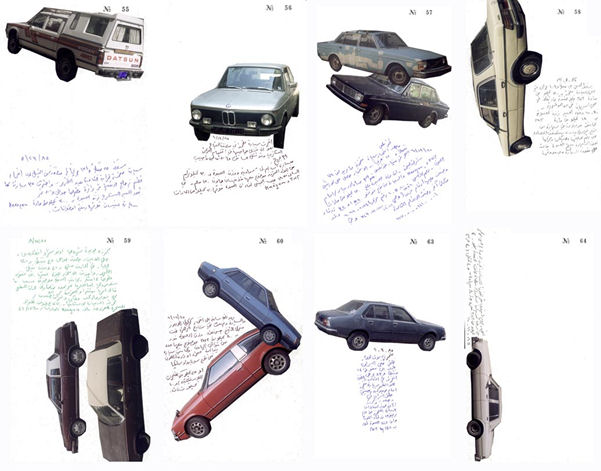 Image: The Atlas Group, Already been in a lake of fire (1975-2002)
This work by the Lebanese artist Walid Raad, working under the name The Atlas Group, shows a number of pages purportedly drawn from the notebooks of Dr Fadl Fakhouri, a Beirut physician who set about cataloguing every car bomb which struck his native city in the course of the Lebanese civil war (1975-1990).