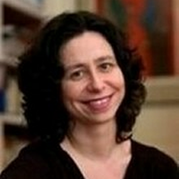 I am a cultural historian who originally trained as a historian of political thought in Cambridge. My work moves between my interests in material culture and the urban environment with the history of ideas in early modern Italy. I am currently writing a cultural history of the city of Naples through the household accounts of the Welsh artist Thomas Jones (1742-1803). My recent research has included the history of ice and ice-cream in eighteenth-century Naples and explores current paradigms of enlightenment historiography. This, in turn, has led to research on food-sellers in history and resulted, most recently, in a chapter on the selling of 'street luxuries' in early modern Rome. My more general research interests range from the uses and representation of urban space in the early modern period, the history of street food, eighteenth-century antiquarianism, collecting and historical writing in Italy and Spain, and travel and the Grand Tour in Europe through texts and images in the eighteenth and nineteenth centuries.

I have been involved with several collaborative research projects with colleagues in and out of Cambridge.

I co-curated the exhibition Feast & Fast: The art of food in Europe, 1500-1800, with Dr Victoria Avery at the Fitzwilliam Museum from 26 November 2019 (with a break during the first COVID lockdown) until 31 August 2020. Accompanying the exhibition was a fully-illustrated and research-led exhibition catalogue, a special issue dedicated to the material cultures of food in the Journal of Early Modern History  in January 2020, and dedicated public programming including the co-production of two films with local community groups funded by a recent award from the Arts and Humanities Impact Fund. For more information about the exhibition and the research behind it, you can go to the early modernists' research page of the Faculty website. The exhibition led to an international interdisciplinary conference on the global history of the pineapple and this will result in a co-edited volume with Victoria Avery, 'The Pineapple from Domestication to Commodification: Re-Presenting a Global Fruit', to be published in the Proceedings of the British Academy in 2024.

This latest Fitzwilliam Museum exhibition built on my involvement as one of the curators of the Fitzwilliam Museum exhibition, Treasured Possessions from the Renaissance to the Enlightenment in 2015, with Victoria Avery at the Fitzwilliam Museum and Mary Laven and Ulinka Rublack at the Faculty of History in Cambridge. That exhibition, which grew out of an undergraduate course, showcased the extraordinary collection of applied arts in the museum and placed more than 200 objects within a new cultural history of early modern Europe. For press coverage of the exhibition, see reviews in The Telegraph and The Economist as well as an interview on Woman's Hour.

An AHRC-funded network grant with Helen Hills of the University of York produced a volume of essays, entitled, New Approaches to Naples c.1500-c.1800: The power of place  in 2013.  This project led to the launch of a new website, Neapolitan Network  and the creation of a new network of Neapolitanists working in diverse fields, including history and art history, history of science, musicology, anthropology, and urban sociology. Another research project, with Danielle van den Heuvel at the University of Kent, focuses on street-sellers in history and contemporary society. A co-edited volume entitled Food Hawkers: Selling Food in the Streets from Antiquity to the Present Day includes contributions from experts in musicology, economics, anthropology, and classics and will be published in June 2016. Other research projects include the creation and organisation, with Mary Laven and Robert Gordon, of the Cambridge Italian Research Network, which brings together researchers working on Italian topics across the university, and an on-going collaboration with colleagues working in the field of material culture studies, as the Material Culture Forum.

Finally, I was a visiting scholar at the Department of Early Modern History at the University of Barcelona in 2013 and I hope to continue collaboration with early modern Spanish historians there. I have also held a visiting fellowship at Stanford University in March 2016 and the L'École des hautes études en sciences sociales (EHESS) in Marseille in March/April 2017.

Finally, and most recently, I had the privilege of giving one of the Darwin College Lecture in their 2022 series on 'Food and cultural history'.

I am currently supervising doctoral dissertations by Anya Ciccone on 'Neapolitan Liberalism between the Enlightenment and Nationalism', Guido Beduschi on 'Contemporary History and its Publics in Italy, 1640-1740', Lucy Havard on 'Domestic Knowledge Production in the Early Modern Home, 1600-1750', and Amy Craig on 'The Material Culture of Miniature Objects in Eighteenth-Century Britain'.

Recent doctoral students include Lavinia Maddaluno (Cà Foscari, Venice) who wrote a dissertation on ‘Practices of science and political economy between the State of Milan and the Italian Republic (1760s-1805)’ and Felix Waldmann (Christ's College, Cambridge) on 'Antonio Genovesi, the "Scuola Genovesiana", and moral philosophy in the Kingdom of Naples, 1734-1792’.

I teach undergraduates across a variety of European history papers from the fifteenth to the eighteenth centuries with a special focus on the cultural, social, and intellectual history of Italy, Spain and France. I am particularly keen for students to use and interpret primary printed sources including contemporary literature as well as visual sources and objects.  For Part IA, I co-convene the Global Eighteenth Century paper with Renaud Morieux and Emma Spary and I co-teach the Sources option on 'Collections and collecting' with Peter Mandler. For Part II, I teach the paper on 'Material culture in the early modern world'. I am also involved with teaching for the M.Phil. in Early Modern History.

For Michaelmas 2015, I was awarded a Mellon Teaching Fellowship at the Centre for Disciplinary Innovation at CRASSH, along with Professor John Robb in the Department of Archaeology, to teach a graduate seminar, entitled, ‘Material culture: Crossing disciplines and analysing things’.

I am a member of the Management Committee of the Museum of Archaeology and Anthropology (MAA) in Cambridge.

I am also a member of the Advisory Boards for ‘Disasters, Communication and Politics in South- Western Europe: The Making of Emergency Response Policies in the Early Modern Age’, an ERC-funded project at University of Naples ‘Federico II’ (2017-2021) and for the Grand Tour Digitisation Project at Stanford University (2017 to present), and a member of the Editorial Board for ‘Transferències 1400-1800’, a book series published by University of Barcelona (2017 to present).

I was elected a member of the Royal Historical Society (RHS) in 2018 and was elected a Councillor from 2020. I am currently one of the editors of Global Food History published by Taylor & Francis.