Associate Professor in the History of Political Thought
Image 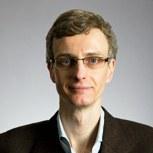 Dr Meckstroth's research focuses on the history of 19th and early 20th c. political thought, particularly in Germany and France, as well as on debates in political theory concerning the nature of democracy and international right—debates he argues are best approached by considering them in light of that history.

His book, The Struggle for Democracy: Paradoxes of Progress and the Politics of Change (Oxford University Press, 2015; paperback 2018), considers approaches to the problem of historical change in German thought from Kant to Hegel, against the background of the unfolding French Revolution, to show how they raised new questions about the nature of popular sovereignty and self-rule as freedom came to be understood not as a static ideal but as a project continuing over time in the life of historical communities. The book adapts some of these arguments to defend an original theory of democracy that eschews the search for timeless constitutional ideals to focus on making sense of the struggles through which citizens either succeed or fail in working out together what 'democracy' will mean for them. The theory offers a solution to a famous paradox handed down from Rousseau, concerning the need for good laws to form a people before a people could form good laws. It also defends a distinctive interpretation of the sort of ‘elenctic’ argument, or immanent critique, pioneered by Socrates and later developed as ‘critique’ and ‘dialectic’ by leading German idealists.

One of Dr Meckstroth's current projects examines international political thought from the Peace of Westphalia to the Congress of Vienna, from which he has recently published a piece on Kant's theory of perpetual peace as a critique of the traditional law of nations. Another project involves re-thinking the politics of Marx’s political economy in relation to nineteenth-century revolutionary movements for popular sovereignty. He also maintains wide-ranging interests in the history of democracy.

Dr Meckstroth comes from the United States, where he received his A.B. from Harvard and his Ph.D. from the University of Chicago. Before coming to Cambridge he was a Lecturer on Social Studies at Harvard University.

Dr. Meckstroth is pleased to supervise MPhil and DPhil candidates on a wide range of topics in the history of 19th and 20th century political thought and philosophy, particularly in France and Germany.

The Struggle for Democracy: Paradoxes of Progress and the Politics of Change (Oxford University Press, 2015).