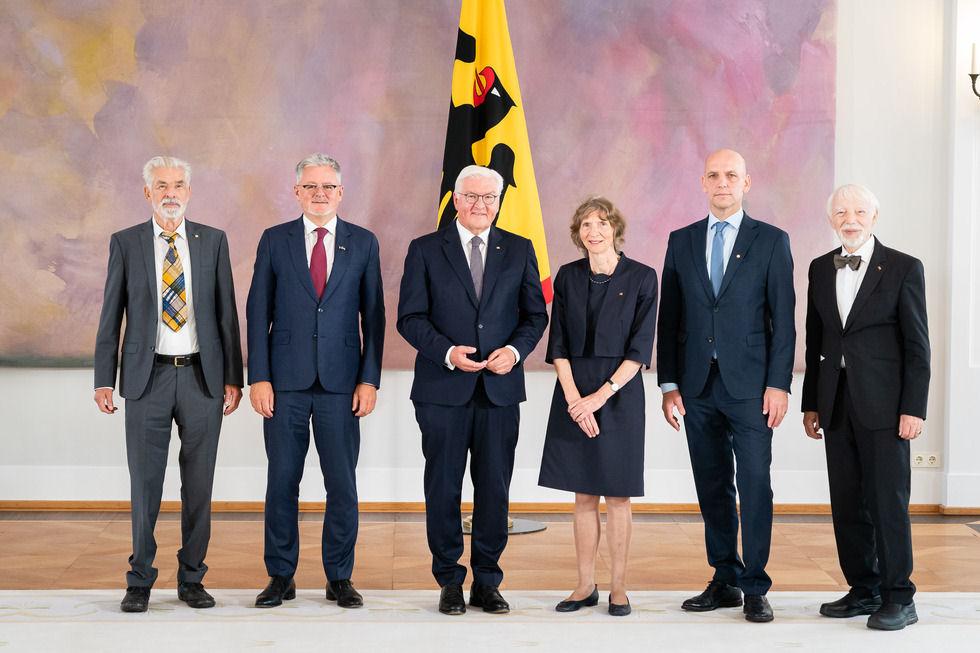 The award for achievement in the domain of science and scholarship was bestowed by the President of the Federal Republic in his residence at Schloss Bellevue in a ceremony on September 2, 2022.

In his address, Federal President Frank-Walter Steinmeier thanked Professor Clark for research on German history and his commitment to teaching.

‘An exceptionally broad audience benefits from your enduring fascination with historiography,’ he said. ‘Your books are bestsellers even beyond specialist circles, and you have made your way into many more living rooms in Germany via television. The fact that you explain history and its interrelationships in a wonderfully comprehensible, yet not simplistic or idealising way, makes you an admired communicator of history.’

Steinmeier praised Clark’s book, The Sleepwalkers: How Europe Went to War in 1914 (2012), in particular for sparking “an almost unbelievable level of interest among readers,” calling it “one of the most frequently cited works on the European history of international relations prior to 1914.” He also looked forward to Clark’s forthcoming book marking the 175th anniversary of the revolutions of 1848.

Read the English translation of the full speech, here.