Congratulations to George Morris who has been awarded the Duncan Tanner Prize for 2020.

George's essay is on the strange life of the trance medium Rosalie Thompson (pictured here c. 1920) 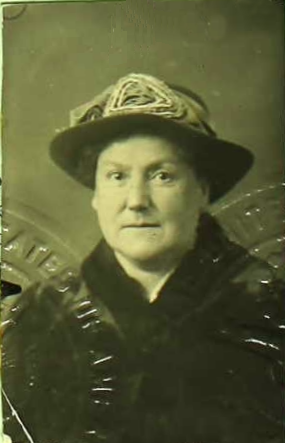 Between 1899 and 1907, the medium Rosalie Thompson—giving voice to her dead daughter, Nelly—participated in a number of experimental seances with the Society for Psychical Research (SPR), which were formative in the development of the society’s theories of telepathy, personality and survival. Using the extensive séance notes taken by the researchers--now held in the University Library--and the range of published materials related to the case, this article situates psychical research as an intimate practice; its scientific method relied on the production of intimate evidence by the medium, and its leading lights were described by F.W.H Myers as 'intimate friends'. By keeping the focus on the life of Thompson herself, however, the article pieces together the medium’s secret other life. In this way, it seeks to use the ‘small history’ of Mrs Thompson to tell a bigger and more complex story about intimacy in early twentieth-century Britain.

"The aim of the Duncan Tanner Essay Prize is to encourage a high standard of scholarship amongst postgraduate research students in Britain and abroad."