Covering the history of what is now the United States from the colonial period to the modern era, the MPhil in American History helps you develop expertise and consolidate your knowledge in this expanding field of historical scholarship. At its core, the MPhil provides the opportunity to shape your own intellectual trajectory and questions through undertaking your dissertation in consultation with leading historians in the field. The individual and closely supervised dissertation work is complemented by coursework that will widen your intellectual range and by a dynamic weekly seminar.

The MPhil in American History offers taught courses and a dissertation over a 9-month programme.  Students take three courses in the first two terms – a mandatory core course focusing on historiographical debates and thematic approaches, and two Option courses, which allow students to develop their interests and/or contextualize their dissertation research.

The 15–20,000 word dissertation is the centrepiece of the course, and will be planned and undertaken through close work with your supervisor. Regular supervisions will enable the identification of key questions and ideas to address, as well as archival sources and a sense of the wider significance of your research. The supervisor will be chosen prior to admission according to your research interests, and will assist you throughout the course to make the most of the intellectual resources that Cambridge can offer.

Students also produce three 3,000-4,000-word essays, two in Michaelmas term and another in Lent term; each essay is worth 10% of the final degree grade.

Students can expect to receive:

If you have any questions, drop us a line on american@hist.cam.ac.uk 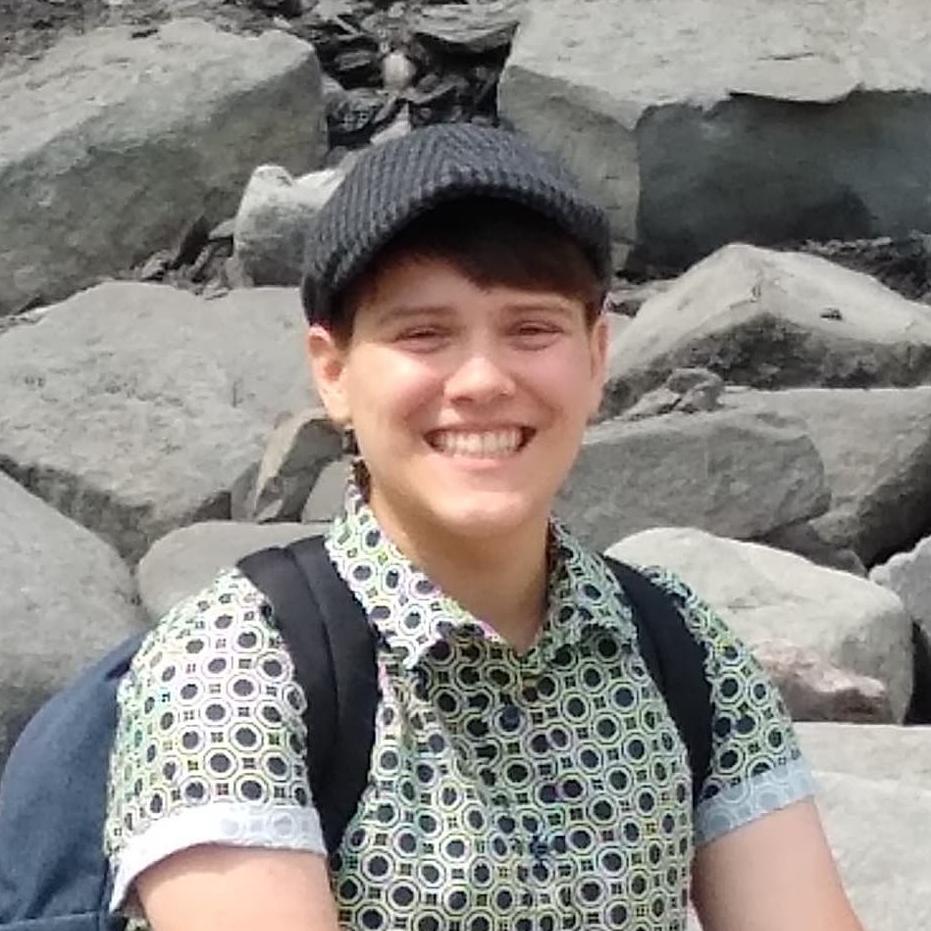 Meg Roberts
MPhil student in American history
In the American History MPhil, I found a welcoming, generous and energised community of historians who supported me just as much as they pushed me to be a better scholar.

By the end of the programme, students will have:

Combining the coverage of classic texts of American historiography with readings of new work in the field, so as to bring students up to date on central debates in the field, the course covers key themes in political development, labour and capitalism, foreign relations, borderlands, race, immigration, nationality, gender, sexualities, religion, and intellectual history.

What is military history today? Is it traditional “drum-and-bugle” or “operational” history, which examines how wars are fought and won on the battlefield? Or is it what’s called the “new military history” (though it’s not so new anymore), often also known as the study of “war and society,” the more appropriate focus? Despite its title, this course doesn’t take a side in this debate, but is instead premised on the notion that both approaches are equally valid but not always equally relevant; and upon the notion that students of American history don’t always give proper attention to the important influence of military affairs on other aspects of U.S. history (women’s suffrage? civil rights? immigration? suburbanization? Yes to all of the above). In studying the broader course of the history of the modern United States, and how it has been significantly shaped by the military and warfare, this MPhil option aims to give students a better awareness of the capaciousness of military history and, with it, a better understanding of some of the most exciting trends in American historiography.

Students should bear two things in mind. First, this is not your grandfather’s military history (or even your dad’s). For the most part, we won’t be studying battles, weapons, tactics, or diplomatic negotiations, though of course those subjects will at times be relevant. We’ll instead be focusing on how the military (as an institution) and war (as an event and as a process), as well as ideas about them both, have helped shape American society, be it on political, racial, cultural, economic, and/or gendered terms. We’ll also consider Americans’ relationship with the phenomenon of war since 1917 and the extent to which American life has become militarized in the eras of the Cold War and the post-9/11 “forever wars.” Second, for these reasons and more, but most notably the locus of recent historiographical innovation, we’ll be focusing a much more on the Vietnam War era and its aftershocks than on the two world wars, and we won’t be focusing much at all on the recent “forever wars” in Afghanistan, Iraq, Libya, Syria, etc. So if the Vietnam War era doesn’t interest you all that much, this probably isn’t the course for you.

As spaces of myth and reality, frontiers and borderlands conjure visions of freedom and adventure that co-mingle with legacies of bloodshed, resource competition, ethnogenesis, and contested governmental authority. This MPhil option will examine zones of contact, conquest, and colonization in North America ca. 1600 to 1900, a period that witnessed the unlikely growth of a continental nation from a handful of coastal enclaves, the rapid spread of invasive settler communities, and the decline of the Indigenous population to its lowest levels on record. These sweeping changes have served as a backdrop for studies investigating issues ranging from the structure of power to environmental change, the production of cultural memory, the history of violence, the nature of political development, the varieties of slavery, the roles of race, gender, and class in shaping the lives of individuals and communities, and more. Readings will focus primarily on recent scholarship as we survey where the field has been and where it is going. Our goals will be to assess how historians have grounded the study of American frontiers and borderlands, trace how their findings have altered broader narratives about the American past, grapple with the relationship between place and process, and consider the implications of these lessons for future research.

This course will explore the historiography of the African Atlantic world. We will think about how historians have used different sources and methodologies to access processes of diaspora and commercial, intellectual, and political exchange in the Atlantic World between 1500 and 1850.  We will think about themes in ‘global’, ‘transnational’, and ‘imperial’ historiographies, as well as the tendencies toward historiographical nationalism in discussions of diaspora. The paper will be grounded in West and West Central Africa, examining how that perspective shapes US, Caribbean, European, and Latin American histories.

What do historians gain by approaching the body as historically contingent and with its own material logic? In this course we consider several different ways of assessing the body historically. Our readings will explore how new social, racial, economic and political formations influenced how contemporaries imagined and described bodies and their capacities. We will also explore whether the body itself might be a dynamic source of historical change. Among the topics we will discuss are: medical theories about bodies; epidemics and their impact; sensory capacities; forced migrations; expectations for physical labor; cultures of violence; incarceration; reproductive capacities and politics; fashion, beauty, and grace; and the state's biopolitical interests in having bodies serve imperial, economic, scientific, and military agendas. Although many of the readings will focus on the early modern Atlantic, early North America, and the nineteenth- and twentieth-century United States, students will be responsible for developing a robust comparative perspective through supplemental readings about China, Sudan, the Congo, Iran, France, Australia, the U.S. occupied Philippines, and the period of British rule in India.

The MPhil in American History combines taught and research elements over a 9-month full-time programme.

Applying to the course

To apply to the MPhil in American History, you will need to consult the relevant pages on the Postgraduate Admissions website (click below).

Since applications are considered on a rolling basis, you are strongly advised to apply as early in the cycle as possible.

On the Postgraduate Admissions website, you will find an overview of the course structure and requirements, a funding calculator and a link to the online Applicant Portal. Your application will need to include two academic references, a transcript, a CV/ resume, evidence of competence in English, a personal development questionnaire, two samples of work and a research proposal.

Research proposals are 600–1,000 words in length and should include the following: a simple and descriptive title for the proposed research; a rationale for the research; a brief historiographic context; and an indication of the sources likely to be used. The document should be entitled ‘Statement of Intended Research’. Applicants are encouraged to nominate a preferred supervisor, and are invited to contact members of the Faculty in advance of submitting their application to discuss their project (see our Academic Directory: https://www.hist.cam.ac.uk/directory/academic-staff).

Below are some anonymised examples of research proposals, submitted by successful applicants to the MPhil in American History. You may use these to inform the structure of your submission. Please note that they are purely for guidance and not a strict representation of what is required.

The Cambridge MPhil is split into Part I and Part II.

Each of three modules in Michaelmas and Lent (one Compulsory Core, and two Options) will require a 3,000-4,000 words essay (or equivalent).  Each will count toward 10% of the final degree mark, for a total of 30%.  Taken together, these are Part I, and students must receive passing marks in order to move to Part II.

Students will also prepare a 2,000 word dissertation proposal essay due in the Lent Term. This essay will be unassessed but students will meet with their supervisor to discuss the essay and get feedback.

The Dissertation or Thesis is Part II of the course.  Each student on the MPhil will prepare a thesis of 15,000-20,000 words. The thesis will be due in early-June and will count for 70% of the final degree mark.

An oral examination will only be required in cases where one of the marks is a marginal fail.

The Dissertation, or thesis, is the largest element of the course, worth 70% of the final mark.

Students are admitted to the University on the basis of the research proposal, and each student will be assigned a Supervisor who will support the preparation of a piece of original academic research. Candidates must demonstrate that they can present a coherent historical argument based upon a secure knowledge and understanding of primary sources, and they will be expected to place their research findings within the existing historiography of the field within which their subject lies.

All students should be warned that thesis supervisors are concerned to advise students in their studies, not to direct them. Students must accept responsibility for their own research activity and candidacy for a degree. Postgraduate work demands a high degree of self-discipline and organisation. Students are expected to take full responsibility for producing the required course work and thesis to the deadlines specified under the timetable for submission.

In addition, the American History workshop typically meets weekly during Michaelmas and Lent terms and fortnightly during Easter term. The workshop is aimed at PhD students but MPhils are welcome to attend. The majority of workshop sessions are devoted to reading and discussing works-in-progress by PhD students; other sessions are devoted to research methods or professional skills. American History MPhil students have also benefitted from workshops run at the Faculty and University levels on oral history research methods and on Geographical Information Systems (GIS) technology.