Professor of the History of Southeast Asia
Head, School of the Humanities and Social Sciences
Image 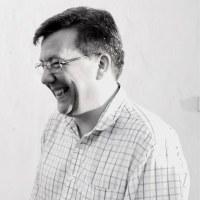 Tim Harper's research interests centre on the history of modern Southeast Asia and the region's global connections. His first book, The End of Empire and the Making of Malaya (1999), was a study of war, communist rebellion and the achievement of independence in Malaya and Singapore. Since then, he has published, with Christopher Bayly, a two-volume account of the Second World War and its aftermath in South and Southeast Asia, Forgotten Armies (2004) and Forgotten Wars (2007). His recent work has focussed on mobility and interactions across Asia, and the sites, networks and ideas that emerged from this, as featured in Underground Asia: Global Revolutionaries and the Assault on Empire (2020).

Professor Harper has supervised MPhil and PhD theses on a range of topics on modern Southeast Asian history and areas of imperial and world history.

Tim Harper is a Director of the Centre for History and Economics, and is currently Head of the School of the Humanities and Social Sciences.