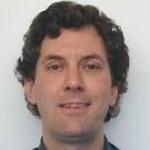 Craig Muldrew’s research focuses on two areas. The first is the investigation of  the economic and social role of trust in the development of the market economy in England between 1500-1700.  This concentrates on the centrality of reputation to financial credit, and the insecurity of wealth in a world of innumerable debts. In this work he has examined the relationship between the actual working of economic contracts and obligations in relation to the development of natural law theory and commercial society. The second is the living standards and work of agricultural labourers in the early modern English economy,  published as a monograph entitled, ‘ Food, Energy and the Industrious Revolution: Work and Material Culture in Agrarian England, 1550–1780,  (CUP, 2011).  This book engages with two important topics on which there is a growing literature.  The first is the concept of the industrious revolution put forward by Jan de Vries arguing that increasing consumption patterns in the seventeenth century led to longer hours of work.  The other is the history of food.  Food is important not only because it formed such a large percentage of labouring household’s expenditure, but also because it was a source of energy.   Before the widespread harnessing of machine energy based on carbon fuel, almost all labour had to be done by men and animals.  Bread and beer were the petrol of this world.

Craig Muldrew has also written articles in the field of legal history concerning debt litigation and its relationship to the nature of community, and articles on the cultural nature of money, and wages in the early modern period. He is also interested in the importance of industrial growth in the early modern English economy, and is engaged on a long term project examining the development of the concept of self-control and its effect on the structure of community and on the creation of savings, as well as how local paper credit came to be trusted in eighteenth century England.

Supervises in most areas of British social and economic History from 1500 to 1800.