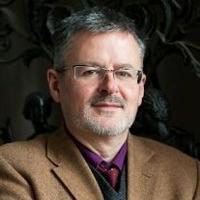 Christopher Clark's research interests are centred on the history of nineteenth-century Germany and continental Europe. His early work focused on the political and cultural history of religion. His first book was a study of the relationship between Christians and the Jewish minority in Prussia between 1728 and 1941; here he explored the ways in which contemporary understandings of Christianity shaped successive mutations of the 'Jewish Question'. Since then he has published various articles and essays on related subjects - some of them examine the trouble that results when the state authority takes the initiative in religious questions, others look at the ways in which questions of religious allegiance were implicated in processes of political and cultural change. In 2004 he co-edited, with Wolfram Kaiser of the University of Portsmouth, an edited volume about the 'culture war' between Catholic and secular social forces that polarised so many European states in the years 1850-1890. In the meanwhile, he has published a study of Kaiser Wilhelm II (2000) for the Longmans/Pearson series Profiles in Power and completed a general history of Prussia for Penguin, due out in spring 2006. He is currently working on a study of political change across Europe in the aftermath of the 1848 revolutions.

Chris Clark has supervised doctoral and M.Phil projects on a wide range of subjects in nineteenth and twentieth-century German and comparative history. Successful Ph.D candidates have worked on the role of trial lawyers in Weimar political trials and the evolution of the concept of 'resistance' in early post-war Germany (1945-1954). His current doctoral students are working on monarchical governance in mid-nineteenth-century Hanover, and a comparative study of accident insurance policy in late-nineteenth-century Germany, Italy and Britain.

Professor Clark has taught final-year undergraduate courses on German History, co-teaches a Themes & Sources Paper (with Professor Blanning) on Music and Society and contributes to the core lectures for the Modern European element (Papers 17 and 18) in part One. He also contributes to the M.Phil in European History, both as an option provider and as M.Phil Secretary. He is one of the convenors of the seminar in Modern European History.