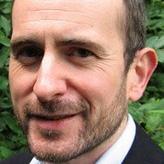 Carl Watkins carries out research into religious culture in the central and later middle ages and is especially interested in beliefs about, and conceptualisations of, the supernatural in this period. His work encompasses the methodological problems of studying medieval religion,'high' theological change and 'popular' beliefs about the afterlife and ghosts, angels and demons, miracles and divine signs. He has written about concepts of sinfulness and the emergence of purgatory, has completed a book for Cambridge University Press which explores beliefs about the supernatural in a medieval English context and has, more recently, explored beliefs about the dead during the middle ages and beyond in a wider-ranging book published by Bodley Head. He is a fellow of Magdalene College where he directs studies in history.

Carl Watkins supervises M.Phil and PhD students in British and western European religious and political history of the central and later middle ages.