Professor of the History of Russia and the Caucasus
Fellow, Clare College
Image 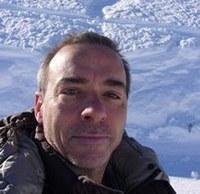 I am a historian of Russia and the Soviet Union with a strong interdisciplinary track record. My research and teaching cover all periods of Russian history and culture, and some aspects of Eastern European history. More recently I have developed an interest in New Imperial History with a particular focus on the South Caucasus. Holding a MA from the University of Munich, a PhD from Georgetown University, a second doctorate (Habilitation) from the University of Erlangen-Nuremberg, I have been teaching at leading universities in the US, Germany, Russia, and the United Kingdom.
My first monograph on patriotism during World War I helped to establish this 'forgotten' war as a research topic in Russian history. It unearthed a wealth of sources – posters, popular broadsheets, postcards, variety shows, circus acts, cinema, music, operetta and opera – that had been inaccessible or completely forgotten over the Soviet period. Through an analysis of these cultural genres, I argued that the 1917 revolutions did not happen only because of economic and social factors, but also because of the absence of a unifying national identity. In my second book, I broadened the temporal scope of my work by exploring realities and representations of poverty and begging in Russia from the Middle Ages to the present. Combining cultural and social history over the longue durée, this book brings together sources ranging from medieval chronicles and theological tracts to nineteenth-century ethnography and post-Soviet anthropological field work, from poetry, literature, and newspapers, to police records, legal texts, and medical studies. Using 'social imagination' as a conceptual frame, I analyse contrasting perspectives, attitudes, and policies on beggars and the poor, but also illuminate their material living conditions and everyday lives. My current project explores the aesthetic symbolism and the scenarios of Russian imperial power in the South Caucasus in the nineteenth and early twentieth centuries. It effectively combines the cultural history of politics with the history of empire, a field that has become particularly relevant after the collapse of the USSR. By investigating in a vignette-like fashion such diverse phenomena as royal visits, the building and unveiling of monuments, and the opening ceremonies and internal arrangements of museums and exhibitions in one particular geographical region, I am in fact proposing a micro-historical approach to the history of the Russian Empire and hope to contribute to a better understanding of Russia’s imperial history and to current debates about the meaning of the Russian experience in the South Caucasus.

Russian social and cultural history; history of Georgia and the South Caucasus

Apart from various undergraduate lectures in Russian and European history, I am offering a seminar course on the Russian fin de siècle and an MPhil course on Russia and the West in the 18th and 19th centuries

I shall retire from the Faculty in 2023, so unfortunately I shall not be able to supervise new graduate students.

"A War on History? Patriotism and Propaganda in Contemporary Russia." In History Workshop (2022) https://www.historyworkshop.org.uk/a-war-on-history-patriotism-and-propaganda-in-contemporary-russia/

“Visits of Tsars to the Caucasus and the Representation of Empire.” In Identities and Representations in Georgia from the 19th Century to the Present, ed. Hubertus Jahn. Berlin, Boston: De Gruyter, Oldenbourg, pp.169-184 (2020)

“The Bronze Viceroy: Mikhail Vorontsov’s Statue and Russian Imperial Representation in the South Caucasus in the Mid-19th Century.” In Russian History 41, pp.163-180 (2014)