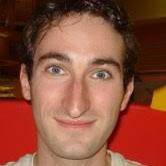 I am interested in early modern cultural, religious and political history in Britain and Europe, with an especial focus on baroque culture, social interaction and confessional identities in the late seventeenth and early eighteenth centuries. My current project, Anglo-European cultural exchange and inter-confessional sociability, 1648-1715, explores some of these themes against the background of the re-alignment of confessional geopolitics after the Peace of Westphalia.

My first book, a study of James II's restoration of diplomatic ties with the papacy and English engagement with Papal Rome in the late seventeenth century, will be published by Cambridge University Press.

In Part I of the History Tripos, I supervise Papers 4 (British Political History, 1485-1714), 9 (British Economic and Social History, c.1500-1750) and 16 (European History, 1450-1760). I have lectured on early modern Ireland, early modern global Catholicism, and Ireland in the eighteenth and nineteenth centuries. I have also contributed to Paper 4's core lecture series and to the series on seventeenth-century Britain. I teach topics in Themes and Sources for Part I and Historical Argument and Practice for Part II, and participate in teaching for the MPhil in early modern history.