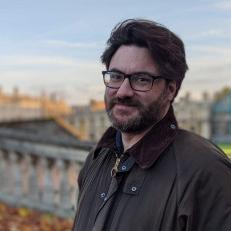 Born in Delft to an American mother and a Dutch father, I was raised in The Hague and educated at the Christelijk Gymnasium Sorghvliet and at the universities of Leiden and Chicago. I was a visiting graduate student at Princeton (2005-6) and Oxford (Exeter College, 2008), and received my doctorate from the University of Chicago’s Committee on Social Thought in 2012 for a dissertation on the Antwerp Polyglot Bible (1568-1572), supervised by Glenn W. Most, David Nirenberg, James T. Robinson and Anthony Grafton.

I first arrived in Cambridge in the Fall of 2012, to take up a postdoctoral research fellowship on the ERC-funded CRASSH-project "The Bible and Antiquity in 19th-century Culture". Since 2017, I have been Senior Research Associate and Academic Co-Ordinator of the CRASSH project Religious Diversity and the Secular University (2017-2021), funded by the Andrew W. Mellon Foundation and directed by Simon Goldhill. We run four major international workshops a year, as well as summer schools for early career researchers, and try to understand what the place of religion, religious diversity and the secular in the modern university was, is, and might be.

I am a cultural and intellectual historian of Europe and the Mediterranean World. Much of my work takes place at the intersections of the history of biblical scholarship and the history of the book, with particular interest in the Early Modern world and in the Nineteenth Century. I am especially interested in learned encounters between Jews, Christians and Muslims and the ways their textual traditions and scholarly practices respond to each other and to technological innovation, from the invention of print to the invention of photography.

I teach for the Faculty of History (on Early Modern Europe) and the Faculty of Divinity (on Judaism) and supervise for colleges across the university.

In 2015-16, I convened the Comparative Seminar in Social and Cultural History, together with Mary Laven, Liesbeth Corens and Peter Burke. In 2017, I co-founded the ongoing Cambridge Seminar in Early Modern Scholarship and Religion together with Tim Twining and Kirsten Macfarlane. I am a member of the Cambridge Forum for Jewish Studies and of the Centre for Material Texts, a former Research Associate of St John’s College (2013-2018) and currently a Senior Postdoctoral Researcher at Trinity College (2019-). Beyond Cambridge, I am a member of EMoDiR (Early Modern Religious Dissents and Radicalism), Ideas in Motion (a working group of the Cost Action "People in Motion"), and the British Academy Early Career Network on Critical University Studies, directed by Alison Wood. I have become increasingly interested in global and comparative approaches to history. In 2017 I joined a research group at the Academia Sinica in Taiwan for a collaborative, comparative study of the material culture of the book from Japan to the Latin West (forthcoming in DeGruyter's series Materiale Textkulturen)

Theodor Dunkelgrün and Paweł Maciejko (eds.), Bastards and Believers: Jewish Converts and Conversion from the Bible to the Present (Philadelphia: University of Pennsylvania Press, 2020) 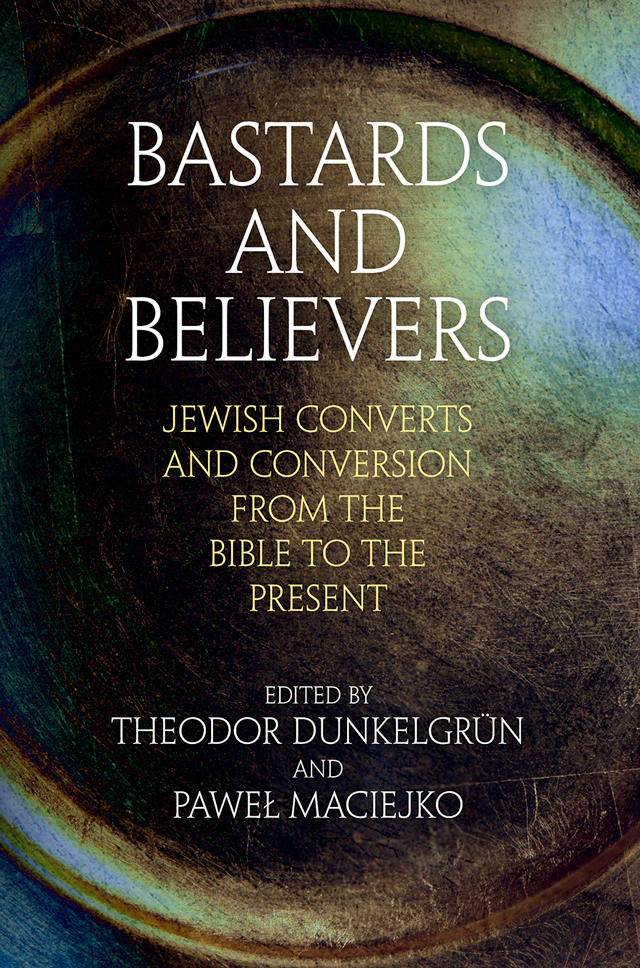 Theodor Dunkelgrün, "The Humanist Discovery of Hebrew Epistolography" in Scott Mandelbrote and Joanna Weinberg (eds.), Jewish Books and their Readers: Aspects of the Intellectual Life of Christians and Jews in Early Modern Europe (Leiden: Brill, 2016), 211-259