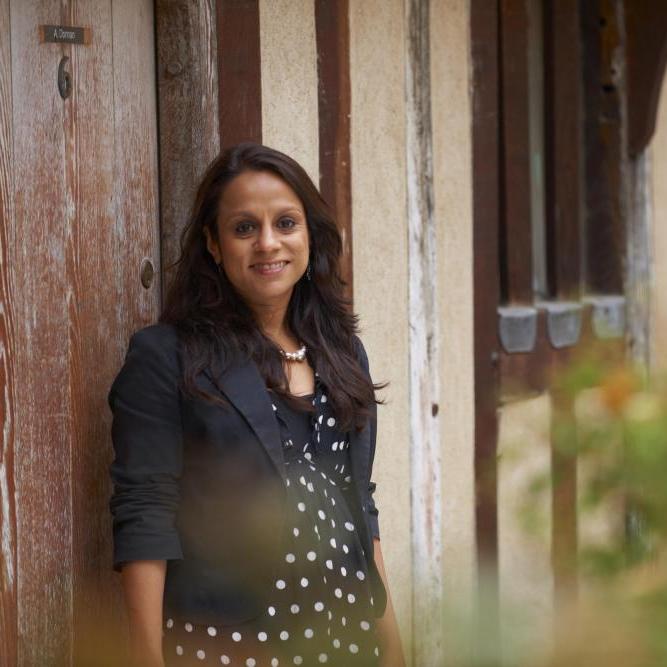 I was born, educated and made in India. I graduated from Panjab University Chandigarh with top honours. I then read for a Master's in Modern History at JNU, Delhi that was followed by a doctorate from SOAS, London University. My professional life has been international and prior to Cambridge, I have held a research position at the University of Oxford and was Assistant Professor (in conjunction with a University Chair for Career Development) at Tufts University, Mass., USA.

My principal fields of scholarship and publications are Modern and Contemporary India (c.1770 to the present) and Global Political Thought. I also research and write on the History of Modern Science and Race, Gender and Political Violence. Predating recent calls to ‘decolonise’ the curriculum by more than a decade, my academic life has been defined by centring the importance of India for the remaking of global political languages.

My recent work focuses on twentieth century political thought and theory and the Indian rewriting of modern political languages notably sovereignty, democracy, violence and republicanism. Highlighted as a ‘featured book’ of the year by its publisher Princeton University Press, my forthcoming book Violent Fraternity in the Indian Age (Spring, 2021) has received advanced praise as a ‘ground-breaking’ book that is tipped to ‘globalise’ the field of political thought. https://press.princeton.edu/books/hardcover/9780691195223/violent-fraternity-in-the-indian-age

I also have a long standing interest in the history of the modern subject (or 'self') as understood through disciplines of the psyche and mind notably psychoanalysis and psychiatry and public debates on ethics and politics in colonial India from the late eighteenth to the late twentieth centuries.

I have two new ongoing research projects: a long-term project entitled The Passions and Pursuit of Indian Democracy focusing on the last 40 years of multi-party democracy. Focused the depth and fate of the ‘agonistic’ foundations of India’s democracy, the role of unparliamentary power, primarily the Supreme Court, and the political currencies of authority, populism and majoritarianism.

I also have a smaller-scale project on the distinctive nature of Indian Conservatism in relation to mid to late twentieth century debates on global conservatism and 'neoliberalism'.

Beyond scholarship and research, I have worked on international strategy for the Office of the Vice-Chancellor focussing on India and the Humanities, and I serve on the full-range of college, university and faculty committees.

I engage in political commentary and opinion on India and global politics for the international media including the Financial Times, Prospect Magazine, BBC (radio and television), Al Jazeera, Monocle Radio, Times Radio, and Bloomberg TV and across Indian newspapers, magazines and television.

Finally and beyond the university, I co-convene (since 2013) a closed-door seminar at the House of Lords, UK Parliament that puts Indian leaders and key voices in dialogue with their British counterparts on pressing issues of the day. I also occasionally advise and consult with the Foreign and Commonwealth Office  and Indian institutions including most recently, the National Commission for Women the highest policy body for women in India.

I am also in (part-time) training to be a psychoanalyst with a strong orientation towards Freudian (and Lacanian) methods.

My scholarship has emerged in dialogue with my teaching. In my fifteen years of full-time teaching, I have only taken one and a half years of research leave. This was equally due to necessity (as the field of global political thought did not exist at Cambridge) as much as a commitment to ensuring that such new and urgent scholarship would have an institutional context. To this end, I have mentored a generation of graduate students who research global and/or Indian political thought and are now in tenure-track jobs in London (Queen Mary) Oxford, Manchester, Leiden University and Hong Kong University to name a handful.

I also instituted a new faculty research Seminar on Global Intellectual History that showcases pioneering research on this new but important field.

I currently convene the undergraduate joint degree in History and Politics and I was part of the team that set up this new degree in 2016. I currently co-convene the compulsory first year-paper Evidence and Argument for this degree.

I convene a Part II Special Subject on Indian Democracy and based on primary source material. I co-convene the Part II paper on the 'History of the Indian Subcontinent' and lecture and supervise on Part I paper on Empires in World History and Twentieth Century in World History and have previously convened the compulsory paper Historical Argument and Practice.

I have taught new graduate courses on Global Intellectual History, Violence and Non-Violence in South Asia and Foucault Effects.

'Ambedkar’s Agonism: Sovereign Violence and Pakistan as Peace’ in Comparative Studies in the Study of South Asia, Africa and the Middle East 39:1 (2019) 184-95

‘The Majority of Democracy’ Special Issue on the Indian General Elections of 2014, Social Text, February 2015 https://socialtextjournal.org/periscope_article/the-majority-of-democracy/

'Is this Psychoanalysis? India, Egypt and the Reconsideration of Freud’ CSSAME  Spring 2021

FORTHCOMING AND UNDER REVIEW

‘Sexual Violence and Social Contract:  A History of Violence from Sati to Gang-Rape in India’ , see above

'1984, Militant Sikhism and the Sacred Ends of Indian Sovereignty'

‘Subodh Gupta, Steel and the Subject of India’, commissioned for a volume on Art of Independence (Harvard University Press, 2022), conference proceedings held for 70th year celebrations of Indian independence jointly at the Courtauld (London) and Ashmolean (Oxford) Museums

‘Indian Constitution and Indian Democracy: A Divergent History’ in Samuel Zeitlin and Greg Conti (eds.) Constitutionalism and Political Thought for Proceedings of the British Academy

On the Trials of Narendra Modi, Prospect Magazine Podcast with Lord Andrew Adonis and Tom Clark

On the Bombay Plague 1896, History of Now with Professor Sir Christopher Clark

On Conservatism with Indian Express podcast questions by Patrick French

On Terror and the Twentieth Century, Hay Festival, public lecture