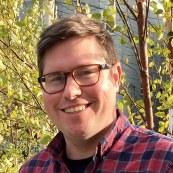 I’m an historian of the United States focused on Indigenous dispossession and US state formation in the nineteenth century American West. I have a PhD in History from the University of California, Berkeley, an MA in American Studies from the University of Heidelberg, and a BA in History and Economics from Columbia University. I was a junior fellow at the Harvard Society of Fellows before I came to Cambridge.

My research focuses on North American colonization, mostly in the nineteenth century.

I’m currently writing a history of US expansion by Indian treaty, using an approach that combines archival digging with spatial analysis in GIS. The book focuses on an important but obscure institution—the St. Louis Superintendency—whose administration of the Indian treaty line influenced a string of well-known events, from the Lewis and Clark expedition to Bleeding Kansas. By restoring those connections, the project illuminates how dispossession by treaty shaped the development of the United States. An article growing out of this study, “Accounting for Conquest: The Price of the Louisiana Purchase of Indian Country,” appeared in The Journal of American History, and received awards from the Organization of American Historians, the Western History Association, and the Society for History in the Federal Government.

Most recently, I was the PI for “Land-Grab Universities,” a multimedia history-journalism collaboration that detailed how Indigenous land funded land-grant colleges across the United States. This project produced articles, a website, and a public geodatabase that have motivated investigations at several land-grant colleges and received prizes for digital history, Native American history, and investigative journalism. Interactive maps and data can be explored at landgrabu.org.

“The Boon’s Lick Land Rush and the Coming of the Missouri Crisis,” in Jeffrey Pasley and John Craig Hammond, eds., A Fire Bell in the Past: The Missouri Crisis at 200 (University of Missouri Press, 2021), 77-112.