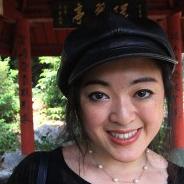 I took up my lectureship at Cambridge in 2013 after a postdoctoral fellowship at the Center for History and Economics at Harvard University as Prize Fellow in Economics, Politics and History. I hold a PhD in History and an MPhil in Historical Studies from St Catharine’s College, Cambridge, and a BA (Hons) in History from Warwick University. My graduate work was supported by the Bill and Melinda Gates Foundation and the Tunku Abdul Rahman Scholarship Fund at St Catharine’s College, Cambridge. I am a non-naturalized immigrant in the UK, and a citizen of Malaysia.

I’m a historian working from a deep-rooted conviction that the world we know broadly as “East Asia”, a large baggy geography spanning Northeast and Southeast Asia and sometimes seeping into South and Central Asia, has been poorly represented by the hard, relatively new nationalisms that have carved it up over the last century. My first book, Taming Babel: Language in the Making of Malaysia (Cambridge University Press, 2016), was an exploration of this process in the case of Malaya, a space rich with linguistic, ethnic and diasporic inheritances reaching across the Indian Ocean and the South China Sea, whose complex pluralisms hardened over the colonial era, though could not be fully tamed, into crude, inadequate boxes: “Chinese”, “Malay”, “Malaysia”. It won the 2018 Association for Asian Studies Harry J. Benda Prize, awarded since 1977 for the best first book in Southeast Asian studies.

My research continues to develop and discover cultural and intellectual geographies that better fit the complex architecture of Asian societies -- particularly the ways in which its own peoples imagined their pasts and futures, and how they have weathered and conceptualized times of revolutionary change and socio-cultural upheaval. I have focused on the transregional arena of Southern China and Southeast Asia in the late nineteenth and twentieth centuries. Past projects include a comparative study of Chinese female bondservitude in Malaya and Hong Kong, and an exploration of networks of Asian “subaltern internationalists” during the early Cold War. I am currently at work on an anti-diasporic history of Chinese migration in Southeast Asia, and a longer-term project exploring Asian thought-worlds in the early twentieth century.

I believe in the dissemination of academic work to different and non-academic audiences. Apart from writing a traditional monograph and academic articles, I have also been a blogger, a literary review writer, a contributor to a collaborative manifesto, and a very occasional current affairs critic. As a teacher and practitioner of digital history, I have been the lead designer of a data visualization on Afro-Asian networks in the early Cold War, and I have made a short film.

I am a member of the World History Subject Group and convene Outline 11 (The Twentieth Century World) in Part IA, as well as contribute teaching to specialised papers on Southeast and East Asian topics in Part IB and Part II. I also teach and supervise for the MPhil in World History.

I welcome inquiries from prospective postgraduate students interested in transnational and transregional approaches to the study of East Asia, particularly connections to Southeast Asia, from c. 1850 to the present day.

‘Asian Lessons in the Cold War Classroom: Trade Union Networks and the Multidirectional Pedagogies of the Cold War in Asia.’ Journal of Social History, Vol. 53, no. 2 (December 2019), pp. 429-53.

Co-author. ‘A Manifesto for Collaboration: Unearthing Networks of Decolonisation’, Radical History Review: Special Issue on the Global South, no. 131, May 2018, pp. 176-182.