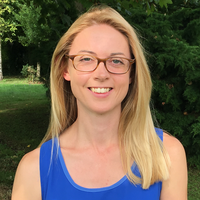 Niamh Gallagher is the author of Ireland and the Great War: A Social and Political History (Bloomsbury, 2020), which won the Royal Historical Society's 2020 Whitfield Prize.

She lectures in the history of modern Britain and Ireland and convenes a range of courses across the undergraduate and postgraduate year groups. She is the co-editor of The Political Thought of the Irish Revolution with Professor Richard Bourke (forthcoming, CUP) and has written widely on the cultural and social history of the First World War. Her next major research project will be on the history of Ireland and the end of the British Empire.

Niamh has appeared on the media in both Britain and Ireland. She is currently a member of the Independent Historical Advisory Panel for Northern Ireland and leads The Mether Initiative at St Catharine's College with Des Browne (The Rt Hon. the Lord Browne of Ladyton).

Niamh has recently been appointed to a three-year lectureship in modern Irish history, generously funded by the Irish Government's Department of Foreign Affairs' Peace and Reconciliation Fund

Niamh is available for consultancy.

Late nineteenth and twentieth century political, social and cultural history; theories of nations and nationalism (and their limitations); the impact of war on society; the Irish in the British World; transnational and comparative histories; the history of immigrants and minorities; empires and imperialism; emigration and settlement; political thought; gender and class; memory and myth-making

I supervise MPhil students in modern British and Irish political, social and cultural history from 1800 and welcome enquiries from students in these fields. Past students have written dissertations on:

I convene the Part I paper, Paper 6, 'British Political History Since 1880', a Part II (third year) Specified paper on Modern Ireland entitled 'Ireland and the Irish Since the Famine'.  At the MA level I teach an option called 'Interpreting Ireland', which allows students to dive into some of the major debates in the history of modern Ireland and to critically think about methodological and conceptual issues when writing Irish history.  I supervise Paper 6 across colleges; at St Catharine's, I was Director of Studies in History for Part II at St Catharine's from 2018-20. I am currently the postgraduate tutor for Finance at St Catharine's.

Ireland and the Great War: A Social and Political History (Bloomsbury, 2020) revises our understanding of Ireland and the Irish in the Great War. Using previously unused sources, it unearths forgotten dimensions of the Irish war effort and builds a picture of Irish societies at war in Ireland and within diasporic communities in Canada, Australia and Britain. From an examination of Irishwomen's involvement in associations set up to support war-relief and the impact of German submarine warfare on coastal communities to exploring Irish emigrant (and their descendants') responses to the imperial war effort, the book argues that the Irish were more supportive of the Allied war effort than orthodox works have suggested despite the 1916 Easter Rising and increase in republican sentiment. It is the first work to demonstrate significant cross-confessional collaboration between Protestants and Catholics (even in Ulster) in many spheres of the war effort. Fundamentally it demonstrates the limitations of analysing the war through a Protestant-Unionist or Catholic-Irish lens and instead highlights the importance of other factors including class, gender and region. The chapters on memory discuss attempts to maintain the cross-confessional solidarity created in wartime and how this was challenged by memories of new wars, state-building, emigration and the wider shift in memory of the conflict throughout the interwar years

“This is a bold and indeed audacious intervention in the historiography of Irish Catholic involvement in British and Allied action during the Great War. Niamh Gallagher’s sophisticated interpretation of the Home Front in towns across Ireland enables us to appreciate the ways in which individuals, families, businesses, civic and political leaders, and their supporters, understood Allied war aims and the reasons for contributing and remembering. Richly detailed and illustrated throughout, this is an unusually substantial contribution to the social and political history of Ireland and Irish communities abroad.”