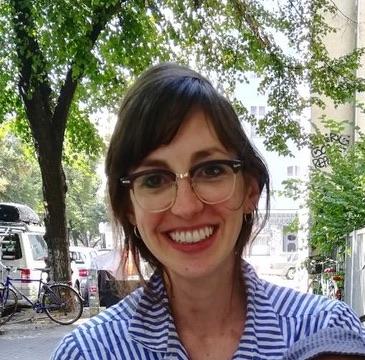 I am a historian of the Ottoman Empire, with an interest in understanding the empire within larger Islamic, European, and global contexts. I received my Ph.D. from Princeton University before joining the University of Cambridge in 2014. My research focuses on issues of empire, cultural exchange, and Islamic devotional practice in the sixteenth and seventeenth centuries.

My first book, Empire of Salons: Conquest and Community in Early Modern Ottoman Lands studies the social and cultural consequences of the Ottoman incorporation of Arab lands in 1516-7. Based on Arabic and Turkish sources, it shows how Ottoman literary salons eased communication across the diverse and sprawling empire. My current project focuses on Islamic devotional practices in the Ottoman Empire in the sixteenth and seventeenth centuries. It combines written sources with material culture to understand affective and embodied experiences of Ottoman Islam.

I am happy to supervise students in all aspects of Ottoman history from 1300-1800. At the undergraduate level, I also welcome projects examining European relations with the Ottoman Empire.

In Part I of the Tripos, I lecture and supervise primarily for Paper 16 (‘Early Modern Europe, 1450-1760’) and Paper 21 (‘Empires in World History’). At Part II, I teach the special subject ‘The Palace and the Coffeehouse: The Power of Place in the Ottoman Empire, 1300-1800’. I also contribute to paper 14, ‘Material Culture in the Early Modern World’.

At the MPhil level, I teach a course entitled, ‘Global Early Modernity?’ exploring the early modern period from a global perspective. Every other year, I also offer ‘Historians as Writers’, a graduate-level workshop allowing students to reflect on and develop their writing.

"The Gulper and the Slurper: A Lexicon of Mistakes to Avoid While Eating with Ottoman Gentlemen," The Journal of Early Modern History no. 24:1 (2020).