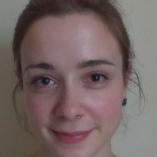 I hold a BA and MPhil from the University of Cambridge, where I also completed my PhD thesis in 2018. In 2017-21 I was the A. H. Lloyd Junior Research Fellow at Christ's College, where I am now a Fellow in History.

My PhD research explored the complex afterlives of the dissolution of the monasteries, asking when and why it was remembered variously as a moment of Protestant triumph or regret, an emblem of a lost medieval golden age, and a rupture in the social and cultural fabric of early modern England. My thesis seeks to recover the significance of the dissolution to the wider processes of the English Reformation and early modern senses of the past.

More broadly, I am interested in the enduring cultural, political, and religious impact of the Protestant Reformation and the ways in which contemporary practices of memory making have shaped modern historiography. Current interests include early modern senses of nostalgia, pity, and amnesia, and I also have a more general interest in the history of memory.

I offer supervisions in the following papers in Part I of the Historical Tripos:

I am currently a co-convenor of the Early Modern Scholarship and Religion Seminar: https://www.hist.cam.ac.uk/seminars/early-modern-scholarship-and-religion.

I also run the Early Modern Bulletin - weekly emails (during term-time) offering a digest of regular early modern seminars in Cambridge as well as other relevant events in Cambridge and beyond. If you would like to be added to the mailing list, please feel free to get in touch with me.

In 2015-16 I was a co-convenor of the Early Modern Interdisciplinary Seminar.

In September 2016, I was an organiser of the Cambridge AHRC Doctoral Training Partnership conference, 'Time and Temporality': https://camahrc2016.wordpress.com.