Fellow and Director of Studies in History, Downing College
Image 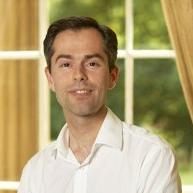 My principal research interest is in the political thought and court culture of the early middle ages, especially in Anglo-Saxon England and the Carolingian world. Thus far I have explored this subject primarily through the writings and kingship of the West Saxon king, Alfred ‘the Great’ (871-99). My book, The Political Thought of King Alfred the Great, is a comprehensive study of political thought at King Alfred’s court. Its object is to explain the extraordinary burst of learned activity focused on texts attributed to Alfred’s own authorship. These rendered into Old English a distinctive selection of Latin sources: the Regula pastoralis of Pope Gregory the Great; the Consolatio philosophiae of the early sixth-century Roman aristocrat, Boethius; the Soliloquia of St Augustine; the first fifty Psalms, and Mosaic law in the introduction of Alfred’s law-book. Though translations, all are shown to have participated in a single discourse which placed Alfred himself at the heart of all rightful power and authority, through inventive translatory methods. The book’s structure enables full exploration of context to support a key role for learning and literacy in Alfred’s success. A major theme is the relevance of Frankish and other European experiences, not only as sources of expertise and shared concerns, but also for important contrasts with Alfredian thought and behaviour. Part I assess Alfred’s rule against West Saxon structures, showing the centrality of the royal household in the operation of power. Part II offers an intimate analysis of the royal texts, developing far-reaching implications for Alfredian kingship, communication and court culture. Comparative in approach, the book offers a balanced assessment of the forces shaping Alfred’s writings, while placing his reign at the forefront of wider European trends in aristocratic life.

My current research project concerns the early history of the English coronation service, which has its origins in the Anglo-Saxon period, and was a major conduit for political norms. I am currently preparing a new edition and translation of the First English Coronation Order and the ‘ A’ version of the Second English Order. Other imminent work relates to aspects of kingship and society in the later Anglo-Saxon period, particularly law and legislation, social order, taxation and manorialism. I am also interested in aspects of learned kingship in the post-Alfredian period, and the ideology and scope of tenth-century monastic reform.