Senior Researcher, The Cambridge Group for the History of Population and Social Structure (CAMPOP)
Image 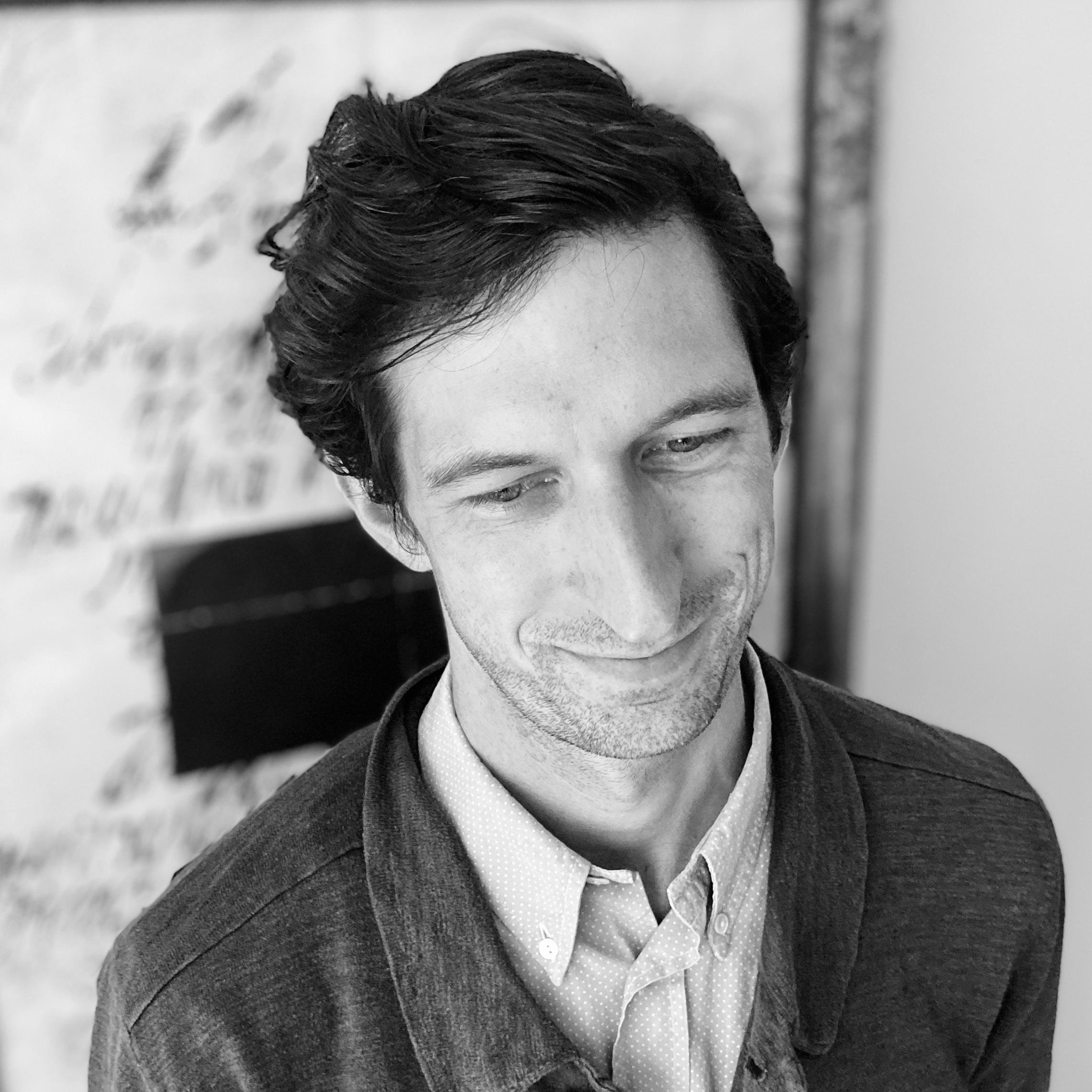 I am a European born in Paris from a Belgian father of Russian descent and a French mother born in Warsaw but raised in Japan, and I have now become British (yet probably not English, as was once predicted by Prof Tim Blanning). Before moving to Cambridge, I have lived in France, Italy, and Argentina. I got my first degrees in sociology and philosophy before specialising in history as a graduate student at the Ecole Normale Supérieure LSH and Sciences-Po in Paris. I was incredibly lucky to come next to Cambridge to do an MPhil (with Prof Peter Mandler) and, later, a PhD (with Prof Martin Daunton). I was subsequently awarded a four-year research fellowship at Trinity College, Cambridge. I have since then held several teaching positions at Cambridge and Birkbeck, as University lecturer and College lecturer, first at Gonville and Caius College and now Pembroke College.

More importantly, I have two fantastic little boys who teach me about Lego dragons, William Tell, and "tectonic plaques" (sic.) over dinner.

My research has several distinctive strands.

I am, first, a cultural economic historian interested in:

I also work on the comparative economic history of France and Europe since 1700:

Finally, I have recently developped a strong interest in Digital Humanities, and specifically:

I supervise students on all areas of French/European economic and social history, the history of temporality and spatiality, and the history and political economy of industrialisation in Europe.

Anyone interested in using occupational data for French economic history, studying historical market integration, or living standards in the long run would be particularly welcome to contact me.

I also have a wealth of individual-level census data for the nineteenth century available and only waiting to be processed. This could be done by undergraduates looking for dissertation material, or MPhil/PhD student with quant. skills. This can lead to very significant revisions of the historiography and give anyone interested a real feel of the most advanced techniques for data treatment.

Undergraduate dissertation topics: I strongly encourage any undergraduate interested in French economic history and considering doing a dissertation to contact me. I have TONS of ready-to-use material to work on, and they would lead to very interesting new research projects. With current restriction in place for archival collection this could be an ideal starting point. Current sources waiting for keen undergraduates include: nineteenth-century French censuses (individual listings - social, economic and demographic), collected volumes on inland navigation (geospatial and economic), military conscription data (history of literacy, living standards, and occupational structure), pre-revolutionary French parish maps (cultural administrative history, geography).

Main collaborators outside the Faculty

or a nearby coffee shop - but now, mostly at home.

2023 A. Litvine, Like Clockwork, Social Norms and the Industrialisation of European Societies, 1850s-1910s (forthcoming)

My first monograph is a bottom-up cultural economic history of mechanisation. It covers Belgium, England, France and Italy in the second of the C19. It shows that the way people experienced changes linked to industrialisation (factory production, steam age mobility, market integration) resulted from a series of small-scale processes of social negotiation. Mechanisation was made possible when and where it could be perceived as legitimate. The book explores how the social legitimacy of technology was engineered in C19 Europe. Through cases studies focusing on spinners, clockmakers, railway workers and commercial travellers, and technologies such as spinning reels, time clock, counters and meters, it describes changing regional, national and European popular understandings of mechanisation through the emergence of a set of norms that constitute the new moral economy of machinery in the nineteenth century.

This article is a theoretical contribution to cultural and economic geography looking at the impact of the railways on popular representations of space. It argues against a tradition in critical geography that use the concept of ‘annihilation of space’. This article concludes by arguing that modern GIS techniques allow us to combine insights on the multi-scalar experience of spatiality suggested by radical geographers, especially Doreen Massey, with the rigorous quantitative analysis of social, economic, and technological phenomena. I suggest that this analysis of technological change is made possible by creating HSR data.

A history of technology through material culture (series of Dutch tiles from 1790) showing the relationship between political economy of taxation and popular representations of technology in the late C18.

This is a  contribution to the economic history of France. It compiles a large number of data from eighteenth-century capitation (tax) records, military records, agricultural and industrial surveys, and modern censuses to establish series of French occupational structure covering more than two centuries. It gives a much improved answer to the long-standing debate on British and French economic performances during the long nineteenth century. My revision of the relative sizes of the industrial and agricultural labour forces in the pre-industrial era confirms Crafts’ intuition and shows that French productivity increased much more slowly and gradually than revisionist historians (O’Brien and Keyder, Cameron) had thought. The chapter also assesses the macro-economic effects of labour transfer between sectors caused by patterns of by-employment (individual having a secondary occupation in another sector). It confirms the received wisdom that the aggregated effects of by-employment were almost negligible as national transfers of labour from agriculture to industry and from industry to agriculture almost compensated each other until the 1880s.

This article considers the emergence and evolutions of discursive categories on industriousness’, thrift and luxury in the seventeenth and eighteenth century. It was the first piece of research to apply quantitative methods from corpus linguistics to measure cultural change as a causal factor for the Industrial Revolution. It rejects the chronology of the ‘industrious revolution’. The article demonstrates that ‘industriousness’ cannot have been the consequence of changing patterns of consumption among the labouring classes but that it mostly resulted from a critical re-evaluation of welfare policies and especially poor relief during the Interregnum, therefore ruling out the “Industrious Revolution” as a direct cause of the British Industrial Revolution. This article is a final nail in the coffin of de Vries’ (cultural) theory of the industrious revolution as an explanatory factor of the Industrial Revolution. The article was among the three most consulted for this journal over the period 2014-2016 (HJ metrics)

2021 Gadd S. and A. Litvine, Index Villaris, 1680, DOI: 10.5281/zenodo.4749505. INDEX VILLARIS: or, An Alphabetical Table of all the cities, market-towns, parishes, villages, and private seats in England and Wales was first published by John Adams in 1680. This dataset consists of a transcription of all 24,000 place-names listed in Index Villaris, together with the the symbols representing Adams's categorisation of each place and modern versions of the place-names and the counties and administrative hundred in which they lie or lay. It also comprises a transcription of the latitude and longitude recorded by Adams, and another set of coordinates generated by the application of a thin plate spline transformation calculated by matching some 2,000 place-names to the accurately-georeferenced CAMPOP Towns dataset.

This electronic dataset tracks occupational structure at the sub-sectoral level (e.g. food and drink sellers, textile workers, boot-makers, transport workers). Once available online (2021 – to coincide with the publication of the book by CUP) it will become a key resource for economic historians of France. This work also allowed me to hone in skills directly relevant to his project: i) to deal with a very large amount of data extracted from multiple historical records collected from the Archives Départementales across France, and, based on these data, ii) to create homogeneous and comparable series of occupational structure over several centuries, and iii) to manage the research effort of a significant number of research assistants employed to input and transcribe data.

2016 – 2018 Litvine A. and I Séguy, Municipal boundary reconstruction for two French Départements (Alpes-Maritimes and Nord) since the Revolution.

This electronic GIS dataset was the proof of concept for the project COMMUNES, which will produce boundary data for all other French Départements in the next three years. It provides annualised (time-dynamic) GIS boundary data for all communes in these départements. Since it was created our data has already been requested for re-use multiple times and is already cited in 2 publications: Dehdari and Gehring (2018), Heblich, Redding and Sturm (2019).