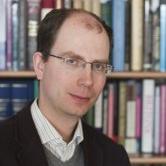 I completed my undergraduate and graduate training in Cambridge. I came to Cambridge with the intention of concentrating on modern history, having studied the early modern period in my last two years at school. However, a combination of supervisors and wanting to use languages meant that most of my research has been within the long eighteenth century and at the intersection of Britain and Europe. I have been fortunate to have been associated with Queens' College as both a student and teacher and I am now also Admissions Tutor at Queens'.

I have worked on various aspects of eighteenth-century politics and culture. My Masters thesis looked at the expansion of the public sphere and its impact on protestant dissenters. My Ph.D. considered how Britons and Hanoverians thought about the impact of religion on the workings of the European state system in the first few decades of the eighteenth century. I have subsequently published in both these areas, as well as writing the first biography of George II to make extensive use of English and German sources. More recently, I have become interested in the role of the Prince of Wales, the history of borderlands, and the interconnected nature of the eighteenth-century Atlantic economy.

I teach and lecture on papers in British (5) and European (17) history at part I, as well as supervising part II dissertations and contributing towards a paper on the history of the Habsburg-Ottoman borderlands.

I have been historical advisor to several BBC productions on the history of monarchy and co-convene the group within Queens' looking at the college's relationship to the slave trade. I have also worked as an editor for History and Policy

I am happy to supervise research students interested in the politics and religion of Britain or Central Europe in the long eighteenth century. Previous students have worked on the Archdiocese of Trier, Anglo-Austrian foreign policy, the history of the Church of England in the early nineteenth century and Franco-British identity.