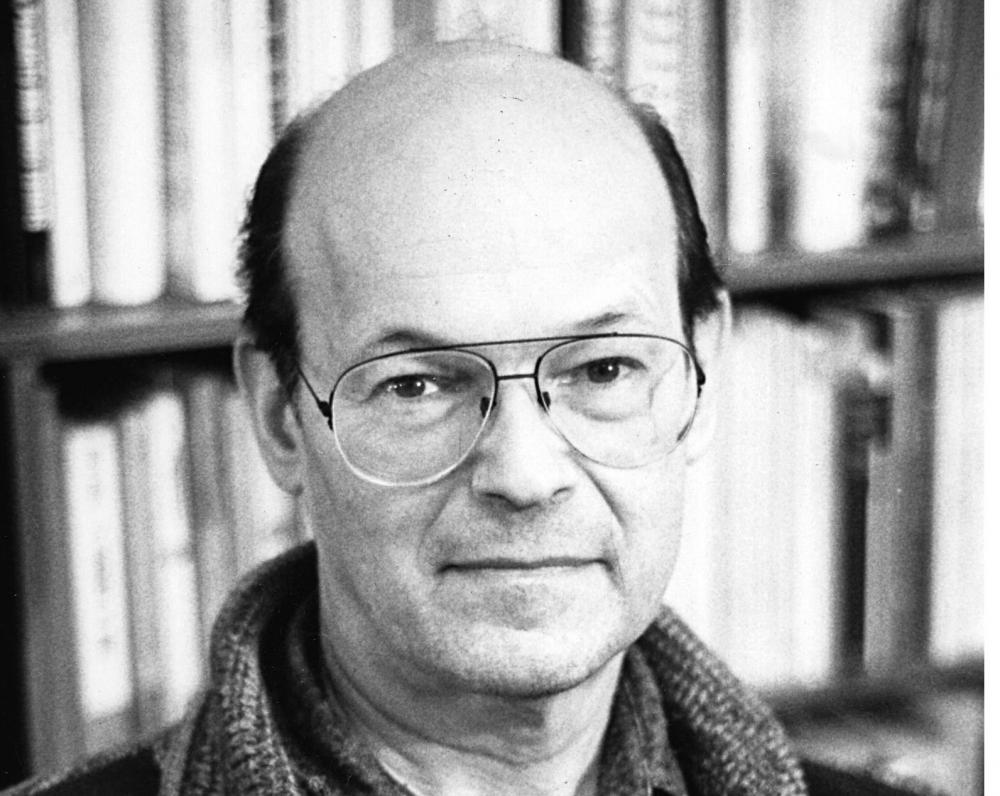 We are very sad to report the death of our friend and colleague Professor Jonathan Steinberg (New York 1934-Cambridge 2021).  Jonathan was a specialist in the histories of Germany, Switzerland and Italy.  Having graduated from Harvard in 1955, he completed his US military service in Germany at the 97th General Hospital in Neubrücke an der Nahe.  It was during this period that he taught himself German by volunteering for early-morning guard shifts when no officers were about and spending them working his way through German novels with the help of a dictionary.  After a brief spell at the E.M. Warburg Bank in New York City he crossed the Atlantic with his English fiancée Jill (née Meier) and took up a graduate place at St John’s College, where his doctorate was supervised by Harry Hinsley.  The dissertation became a book, Yesterday’s Deterrent: Tirpitz and the Birth of the German Battle Fleet (1965), by which time Jonathan had secured a Research Fellowship at Christ’s College (1963-1966).  Then came the appointment to a Faculty Assistant Lectureship in 1966 and a Fellowship at Trinity Hall, where he served as Vice-Master from 1990 to 1994.  Some Faculty members will remember meeting Jonathan’s sons, Matthew, Daniel and Peter, at the brunches the Steinbergs hosted at Duxford throughout the 1960s-1980s for colleagues and students.

In 1975, Jonathan published a sparkling exploration of Swiss history, Why Switzerland?, widely admired then and repeatedly re-issued since, and in 1990 All or Nothing: The Axis and the Holocaust 1941-1943, a comparative analysis of Italian and German policy vis-à-vis the Jews in the occupied areas of wartime Europe.  In 1992, Jonathan served as an expert witness in the war crimes trial for the Commonwealth of Australia against V. Beresowsky.  Commissioned by the Deutsche Bank to conduct research on the company’s records, he published The Deutsche Bank and its Gold Transactions during the Second War in 1999.  In 2011 came the blockbusting Bismarck: A Life, which received a rave review from Henry Kissinger and was a New York Times bestseller.  By that time, he had re-crossed the Atlantic and accepted the Walter H. Annenberg Chair in Modern European History at the University of Pennsylvania (2000-2018), though he and his second wife Marion continued to maintain a home in Cambridge and spent their summer vacations here.

As a teacher, Jonathan was something of a cult figure, both as a lecturer and as a supervisor.  There was a sense of occasion around a Jonathan Steinberg lecture.  One felt grateful to be in the room.  And there was always something to take away and keep thinking about.  I recall a lecture he gave in 1988 on the subject of Bismarck.  Jonathan focused on Bismarckian politics as a kind of style revolution.  Drawing comparisons with the advent of the Kennedy presidency as seen through the eyes of its historian-bard Arthur Schlesinger, he made us think about why it is that at particular moments, shifts occur in the tone and style of politics.  For Jonathan, asking the right questions was even more important than finding the right answers.  His mind was attuned to enigmas, a trait he may have inherited from his father, Milton Steinberg (1903-1950), rabbi of the Park Avenue Synagogue in New York City, renowned for sermons and books that combined philosophical sophistication with a lively vein of mysticism.

To be supervised by Jonathan was an illuminating and, for some, life-changing experience.  Many will remember his third-floor room under the eaves in Trinity Hall -- the wall bristling with badges from US presidential campaigns and pennants for baseball teams, the books that spoke of deep and wide intellectual interests and the face of the man watching from his chair, listening to every word with his head tilted slightly to one side and an expression so attentive it seemed almost forensic, as if he were hearing more in his interlocutor’s words than s/he was capable of intending them to mean.  Students soon saw how the acuteness of the intelligence was balanced with a warm, humane sympathy and a quite extraordinary ability to perceive and address the individuality of the person before him.  Whenever he sensed vulnerability, he strove to provide his interlocutor with the tools they needed to strengthen themselves, to become intellectually brave.

This interest in, and feeling for, the textures of individual personalities also informed his writing.  Some of the most compelling passages in the first book, Yesterday’s Deterrent, were focused on the character and inner life of Tirpitz.  In All or Nothing, the utterances of specific actors were made to carry explanatory weight, a window into the motivational dynamics and attitudes that drove behaviour.  Jonathan noted that whereas one could find in the Italian sources the voices of officials protesting to their superiors that the Jews in their zone appeared to be ‘decent fellows’ and expressing puzzlement about the German policy of deportation and extermination, no such voices were heard in the German sources.  What did that mean?  Had these people been educated differently?  Was this about divergent features of German and Italian nation-building, or did it reflect variant institutional and educational structures?  Whatever the answers one found to these questions, the avenue of enquiry began with the behaviour and speech of individual actors.  Jonathan often said in conversation: ‘Our work is completely unlike that of the physicists, geologists and molecular biologists, because our subjects talk back at us!’

When a distinctive individual is placed in the vicinity of the levers of power, personality can become a fundamental historical force.  This was the insight at the heart of Jonathan’s Bismarck: A Life.  Drawing on dozens of contemporary memoirs by people who had reason to love, fear or hate Bismarck from personal experience, he brought the reader into an intimate proximity to the subject.  These shards of concentric vision produced an eerily mobile and three-dimensional image of Bismarck’s person, the heft of his physical presence, the flavour of his moods, manner, and relationships, the patterns of his conversation.

In the very last years of his life, Jonathan was engulfed by Alzheimer’s disease.  It was like watching someone shrink and get lost inside himself.  He was still pondering enigmas: ‘Something has happened to me.  But I can’t work out what it is.  But something fundamental has changed’.  I spent a day with him last September and we watched together a video of a wonderful lecture he had given about Bismarck at the University of Pennsylvania some years before.  He was gripped by it.  And when it was finished, he said: ‘That man, Jonathan Steinberg, doesn’t exist any more.  And Bismarck doesn’t exist any more.  They both belong to history.’