Summary of Project
Children succeeded to the French throne on three occasions between 1050 and 1250, but the childhoods and minorities of Philip I, Philip II, and Louis IX have attracted much less scholarly attention than their adult reigns. This project focused on addressing the imbalance by examining more than 250 royal documents – many of which have never been published or are incomplete in modern editions – at the Archives nationales and the Bibliothèque nationale de France (BnF) in Paris, and at the Archives départementales des Yvelines.

The first part of the project aimed to understand children's inclusion in routine actions of royal governance by closely examining eleventh- and twelfth-century documents, both as texts and as material objects. Studying the variety of ways in which young boys were represented in letters and charters established the significance of children's active participation in royal actions, the importance of the partnership between royal mothers and sons, and the speed with which wider communities invested in and accepted a child's kingship.

The second part of the project focused on a specific thirteenth-century case study to clarify how a boy king's childhood could affect the workings of royal government. Louis IX (1226-1270), more commonly known as 'Saint Louis', is one of the most renowned medieval rulers of France. Documents dating from Louis's succession as a twelve-year-old boy to his twenty-first birthday in 1235 illuminate important details of his early kingship and challenge prevailing assumptions regarding a boy king's rule.

Account of Research
Archival research was primarily carried out at two sites in Paris (the Archives nationales and the BnF) over three weeks in July 2019. In both locations, I studied, transcribed, and photographed unpublished charters and original documents pertaining to the childhood and early kingship of the boy kings Philip I, Philip II and Louis IX of France. Using the 'Cartons des Rois' collections at the Archives nationales, I focused on instances where young boys had been incorporated into their fathers' charters and letters, and on documents issued during periods of royal minority. Some of the documents I could not view as originals due to their fragility, but I was able to consult everything I needed for this part of the research at least in the form of microfilms thanks, in large part, to help from the archive's medieval specialists.

During my second week in Paris, I turned to focus on unpublished acts for the minority of Louis IX. With the aid of Jean-François Moufflet, a historian and archivist working on Louis's reign, I realised that the corpus for the period of Louis's minority (1226-1235) was much larger than I had been able to predict from the nineteenth- or early twentieth-century catalogues and chronological inventories accessible to me before the research trip. Moufflet has identified more than 2300 documents issued from the royal chancery over Louis’s entire forty-four-year reign, of which over 300 date from between Louis’s succession in December 1226 and his twenty-first birthday in April 1235. As a conservative estimate prior to arriving in France, I had hoped to see and transcribe or photograph at least 20 original documents dating from the minority period. Pointed in the right direction by the archival references Moufflet had collected, I was able in the following two weeks to transcribe and/or photograph over 45 originals, and to track down later copies of over 100 other documents held at the Archives nationales, BnF and Archives départementales des Yvelines. The Yvelines archives, within an hour's train journey from Paris, hold several original royal documents issued during Louis IX's minority. These documents have never been published before but are crucial to understanding representations of Louis’s kingship, his mother, Blanche of Castile’s, involvement in the minority government, royal relationships with local religious institutions, and practices of familial and dynastic commemoration in the thirteenth century.

After my return from France I spent several weeks curating, transcribing, and interpreting some of the archival evidence I had gathered. Since I was able to access a far greater number of charters and copies than expected, the process of sorting and interpreting the information will be more prolonged
than originally anticipated. However, by focusing on two central aspects of Louis IX's documents – firstly a chronological snapshot centred on the immediate year following Louis's succession, and secondly a thematic examination of aspects of family commemoration throughout his minority – I drew together some preliminary observations and conclusions to present at the Haskins Society Conference in November 2019 and am now developing these findings into a journal article.

Research Findings
This project has revealed several important advances in understanding the intersection between childhood and kingship in medieval France. The first outcome is a clearer understanding of children's inclusion in the proceedings and written records of quotidian royal business. Through examining palaeographical and diplomatic aspects of many original documents from the eleventh and twelfth centuries, focusing on graphic features
and aspects of authentication, I have been able to demonstrate the tangible partnership between royal mothers and sons as the latter received a formative political education over several years of their childhood. The conclusions I have been able to draw from this project, focused on France, complement findings from earlier research into similar case studies in Britain and Germany. Altogether, this work expands our current knowledge of practices of association, political education and rulership, complementing and challenging prevalent legal and constitutional perspectives by placing motherhood and childhood at the forefront of the analysis. This research highlights the value of returning to original documents to understand the roles women and children played within medieval diplomatic practices and documentary culture between the eleventh and thirteenth centuries.

The second objective for this research was to investigate how the thirteenth-century French royal chancery coped with an underage king through an analysis of unpublished sources for Louis IX's minority. Focusing on neglected documentary evidence has helped remedy lacunae in our understanding of Louis's early kingship while also contributing to a more rounded understanding of Capetian rule. Modern assumptions that haste, confusion, and crisis characterised the immediate period surrounding Louis's succession have been founded on an absence of evidence and a solitary suggestion from an English chronicler. The documentary material contradicts this impression of uncertainty following the twelve-year-old boy's succession, instead revealing a deliberate, and carefully curated, preliminary agenda for the king's rule. This enhances our knowledge of a less well-studied period of thirteenth-century kingship and clarifies how royal government responded when a child succeeded to the throne.

A more in-depth evaluation of Louis's acts for the period 1226-35 also augments our understanding of the cultivation of Capetian familial memory. Familial and dynastic commemoration are important aspects of Louis's later kingship, but find their first expression early in his reign. This project has been able to demonstrate the specific commitment to conserving Louis's father's memory across a network of religious institutions during the minority period. This is especially remarkable since modern scholars have previously claimed that Louis IX showed little concern for commemorating his father and predecessor, instead prioritising his grandfather's memory at his father's expense. In fact, Louis and his household devoted significant care to promoting his father's spiritual memory and salvation. Bringing neglected documentary sources to light additionally permits a much fuller appreciation of Blanche of Castile's presence in her son's acts than is currently possible from the chronicle and biographical sources alone (all of which were written much later than the minority period). Blanche's involvement in oaths of fidelity, and in the facilitation and direction of her son's early patronage of religious institutions, is much more evident than modern scholarship has, until now, assumed. Further analysis will, hopefully, provide additional important insights into this fascinating period of Louis's life, as he was learning to be king and coming into his full adult power.

Future Research
Over the course of this project, I was able to access a far larger number of charters and documents than originally envisaged, so there is still work to be done to analyse the evidence. The research undertaken during the period of the award underpins three publications which are currently in progress: a book on royal childhood and child kingship, and two journal articles, one on mothers and sons in royal documents and the other on Louis IX's minority. I have identified additional avenues of research and analysis which I intend to pursue further in future.

I would like to thank the British Academy and Leverhulme for funding this project, which has allowed me to undertake an extended period of archival work, present initial findings at an international conference, discuss my work with other specialists, and develop research ideas which will underpin future publications. Thanks must also go to the staff and archivists at the Archives nationales, BnF, and Archives départementales des Yvelines for their invaluable help. 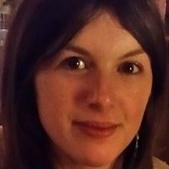