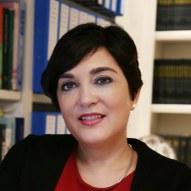 Joya Chatterji read History at Lady Sri Ram College at the University of Delhi before taking a PhD in History at Cambridge.  She taught International History at the London School of Economics for several years, taking up a post at the University of Cambridge in 2007. Professor  Chatterji is a Fellow of Trinity College, and the Editor-in-Chief of the journal Modern Asian Studies. She also is a member of the editorial board of the Historical Journal, the Journal of Contemporary History and Economic and Political Weekly. Until very recently, she was the Director of the Centre of South Asian Studies at Cambridge. She is a Fellow of the British Academy, the Royal Historical Society and the Royal Asiatic Society.

At present, Professor Chatterji is writing a monograph on the global history of South Asian citizenship, and a substantial general work on 'the South Asian Twentieth Century'.

Professor Chatterji has been involved in the supervision of over thirty PhD theses on modern South Asian and imperial history, and on the history of South Asian migration and diaspora. Topics she has supervised include the medical and military history of the British Indian empire, decolonisation and state formation in north-eastern Indian frontier regions, post-partition refugees, relief and rehabilitation, the history of twentieth-century Delhi,  constabulary labour and the state in South Asia, violence in Calcutta in the 1940s, Muslim universities and politics in postcolonial India, landed elites in Pakistan and the history of 'tribal' identity in Bangladesh, Hindu nationalism and Salafism in the South Asian diaspora in Britain, British nationality and citizenship, Sindhi refugees, law and rehabilitation; Vivekananda's subcontinental mobility and his local and global influence; regional museums in Indian and Pakistani Punjab; the partition of the British Indian army, memory and war crimes tribunals; and Muslims in West Bengal since the 1970s.

Professor Chatterji teaches modern South Asian and world history at Cambridge. She lectures on ‘World History since 1914’ and ‘The History of the Indian subcontinent from the late eighteenth century to the present day’ and supervises, in addition, on ‘The Expansion of Europe from 1500 to the First World War’. She convened the MPhil in South Asian Studies for several years, and still teaches a course, together with Dr David Washbrook, on South Asian mobility, circulation, migration and diaspora.  She also contributes to the MPhil in World History, supervising several dissertations each year.

Joya has been deeply engaged in collaborative efforts to disseminate research about migration, and has worked hard to encouraged schools to take up discussion of this contentious subject in classrooms.  Together with Professor Claire Alexander of Manchester University and the Runnymede Trust, she has helped devised the 'Banglastories' and 'Our Migration Story' websites and teaching tools, the latter being awarded a Royal Historical Society prize, The Guardian prize for research impact, and the Community Histories prize. She is one of a team scholars working to bring the history of Partition onto the GCSE curriculum. Concerned to engage the public in revisiting colonialism, the end of empire and the birth of two nations,  in 2017 she helped curate an exhibition ('Freedom and Fragmentation') based on the photographic archives of the Centre of South Asian Studies, which travelled to Sheffield and Hull.