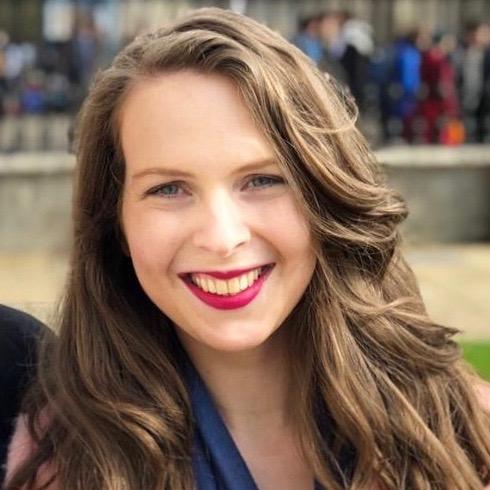 Pauline Kiesow is an Early Modern historian, specialising in Anglo-Dutch relations of the seventeenth century. Her PhD research focuses on the office of Stadhouder in the Dutch Republic between 1559 and 1672.

Pauline is passionate about Public History and is involved in various outreach activities, such as the Faculty's History in Schools project. She can also often be found giving public history lectures on behalf of the University's HE+ Outreach programme at British schools in an attempt to fulfil her lifelong ambition of indoctrinating a generation of British school children with the notion that the last successful foreign invasion of England was by the Dutch in 1688.

Pauline holds a BA in European Studies & History and an MSc in International Conflict & Governance from the University of Amsterdam, as well as an MRes in History from King's College London.

Pauline's research at the University of Cambridge is funded by the AHRC, the Cambridge Trust, and Trinity Hall.

Master’s in History Thesis Prize 2012 – presented for the best Master’s dissertation in the field of 18th century history by the Dutch-Belgium Society of the Eighteenth Century.

Huygens Scholarship – presented by the Dutch Ministry of Education & Culture for academic excellence.

The Connell Guides History Briefing on William III of Orange (2017).