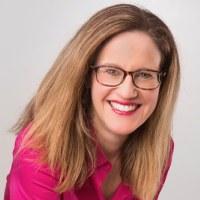 Sarah Pearsall is available for consultancy.

Sarah Pearsall received a Bachelor's degree from Yale University, a Master's degree from Clare College, Cambridge University (where she was the Paul Mellon Fellow), and an M.A. and Ph.D. in early American history from Harvard University, where Professor Laurel Thatcher Ulrich was her advisor.  She was subsequently the Mellon Fellow in American History and a Junior Research Fellow at Clare College, Cambridge.  She has held teaching positions at St Andrews University, Northwestern University, and Oxford Brookes University (where she was Reader in American History).  Her research has been supported by the National Endowment for the Humanities, the British Academy, the American Historical Association, the Huntington Library, and the Newberry Library, among others.  She was the Senior Fellow at the William P. Clements Center for Southwest Studies, Southern Methodist University, Dallas, Texas in 2017-2018.  She joined the Cambridge Faculty in 2012.  She is a Director of Studies in history at Robinson College, where she has also been a graduate tutor.

Her research specializes in the history of North America in the early modern era, especially the colonial and revolutionary periods of what is now the United States.  Her work probes the intersections of gender, households, and sexuality with the development, maintenance, and end of colonies in a North Atlantic world. She also has interests in Atlantic and Caribbean history, broadly conceived.

Sarah Pearsall is happy to supervise MPhil and PhD dissertations on most aspects of American, Atlantic, and Caribbean history for the period 1500-1815.  She is currently supervising PhD and MPhil students working in a range of topics in North American and Caribbean colonial history as well as the history of the American Revolution.

Contributes to teaching in a range of Papers

In MPhil in American History:

In MPhil in World History:

Sarah Pearsall is on the editorial collective for Reviews in American History and Gender and History as well as the editorial boards of the Historical Journal, the Journal of American Studies, and Cultural and Social History. She is also on the Advisory Board for the Cambridge History of the American Revolution.  She has co-organized several conferences and workshops, most recently (with Frank Cogliano of Edinburgh University) the annual meeting of the Society for Historians of the Early Republic (SHEAR), in Cambridge, Massachusetts in July 2019.  She has served on numerous prize and fellowship committees for organizations in the United States and Europe. She has given invited public lectures to a range of audiences in many locations in Europe and the United States.  She is a Fellow of the Royal Historical Society.