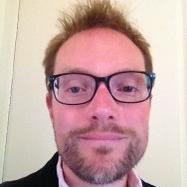 I am a historian of early modern Britain and Europe with particular interests in intellectual and cultural history, and in the history of political thought.

I received my PhD from Cambridge in 2006, and have been a Fellow of Jesus College since 2009. I was a Kennedy Scholar at Harvard University from 2000-2001, and a Junior Research Fellow at Christ’s College, Cambridge from 2005-2009. I have also held short-term research fellowships at the University of Oklahoma History of Science Collections and at CRASSH in Cambridge.

I have published on the early modern Aristotelian and scholastic traditions and their relationship to the 'new philosophy’ of Hobbes and Descartes; on early modern psychology and natural philosophy; and on the connections between natural and political philosophy.

Recent research has focused on the contexts in which knowledge circulated, on the history of the book and libraries, and on women’s book ownership in the seventeenth century. I have recently published an article on my discovery of books from the lost library of the philosopher Anne Conway (1631-1679). Current research includes work on friendship in the circle of Anne Conway and on slavery, the royal household, and the Royal African Company in Restoration England.

With Richard Serjeantson (Trinity College, Cambridge) I am completing an edition and translation of an early manuscript version of René Descartes’s Regulae ad directionem ingenii, to be published by Oxford University Press.

Early modern British and European intellectual and cultural history; history of political thought; history of science; history of the book & of libraries.

I supervise Ph.D and M.Phil students across a range of topics in intellectual history from 1550-1800.