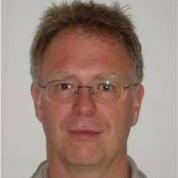 My primary  research interests are in (i) long-run economic developments in England from the late medieval period down to the late nineteenth centuries with a particular focus on occupational structure; (ii) comparative work in the same field (iii) tthe development of agrarian capitalism and (iv) the contribution of transport improvements to the Industrial Revolution.

I am director of an ongoing program of research: The occupational structure of Britain c.1379-1911. This was  a British Academy research project from 2007 to 2018 and has been generously funded by the ESRC, The Leverhulme Trust, The British Academy, the Isaac Newton Trust (Cambridge) and the Keynes Fund (Cambridge). The project is a collaboration with Professor E.A. Wrigley, Amy Erickson and others, aimed at improving our understanding of the long run process of economic development, which culminated in the Industrial Revolution, through a quantitative reconstruction of the occupational structure of the economy over as long a period, and in as much detail, as the sources will allow. The project is based in the Cambridge Group for the History of Population and Social Structure.

In conjunction with Professor Osamu Saito of Hitotsubashi University in Tokyo I am co-ordinating a network of historians working on the International Comparative History of Occupational Structure (INCHOS). The first phase of this project will be a volume. edited by myself and Professor Saito: Occupational Structure and Industrialization in Comparative Perspective.  This will contain three thematic chapters and eighteen country chapters (and associated online datasets) covering the experience of Belgium, Bulgaria, China, Denmark, England and Wales, Egypt, France, Germany, Italy, Japan, Korea, the Netherlands, Russia/Soviet Union, Spain, Sweden, Taiwan, Turkey, the United States.

I lecture for two part I papers, paper 10, British economic and social history 1700-1914 and paper 9: British economic and social history c.1500-1700 and also contribute to the lecture series Understanding Quantitative History. I teach on the part I themes and sources  paper, Earning a Living 1381-1911 which uses material derived from the Occupational Structure of Britain project.   I also supervise part II dissertations on British economic and social history 1600-1900. My research project on occupational structure provides a range of opportunities for undergraduates both to make use of existing large-scale datasets and to undertake archival research and I would particularly welcome enquiries in this area. Some successful dissertations can be found online athttp://www.hpss.geog.cam.ac.uk/research/projects/occupations/abstracts/

I am a member of the Economic and Social Research Council's peer review panel.

All available from the UK Data Service at: https://www.ukdataservice.ac.uk/