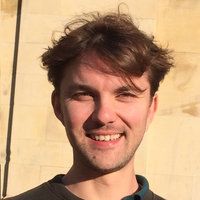 On leave 2021-22
I am a historian of Britain's empire state in the nineteenth and twentieth centuries. I have particular interests in intellectual history, the history of the human sciences, political economy, racism, migration and the politics of expertise. I studied history at King's College, London and did my graduate training at Cambridge and at Princeton, where I was a Jane Eliza Procter Fellow.

My first book is forthcoming in February 2023. It is a history of social anthropology that shows how central the discipline was to Britain's intellectual culture in the twentieth century. Some findings from this research have been published in Comparative Studies in Society and History and in Isis. This work draws on my PhD dissertation which was jointly awarded the Prince Consort & Thirlwall Prize and Seeley Medal for best thesis in the History Faculty at Cambridge in 2019.

My new project is about what I call Britain's 'emigration state'. This research looks at the impact of emigration on UK law, politics and society from the 1850s to 1980s. This will result in a new history of state-aided migration, imperialism, white supremacy and settler colonialism from 1850 to the recent past. My aim is to find out how far the huge outflow of migrants to Britain's colonies of settlement ended up transforming the UK state. I have recently published a pilot paper on this new research in the Journal of Historical Sociology.

I teach modern intellectual history and modern British history, focusing especially on the politics of racism and multiculturalism, economic policy, social change and other related topics at undergraduate and graduate level. I have also taught on broader themes in historiography and in modern political theory. In 2019 I designed and co-taught a new graduate class with Dr. Chika Tonooka on race and empire in modern British history. In Cambridge speak this translates as:

Part 2, Paper 5/POL 11 - 'The History of Political Thought From c. 1890 to the Present and Political Philosophy'