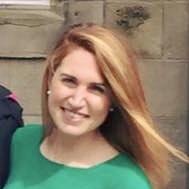 Erin Trahey specializes in the history of early America with a particular focus on women’s enterprise in colonial Jamaica. Her fields of interest include Early America and the Colonial Caribbean, Slavery, the British Atlantic world, African diaspora, and women’s and gender history. Her current book project, Free Women of Jamaica: Property, Race and Power in Jamaican Slave Society 1760-1834, which is under contract with the Omohundro Institute for Early American History and Culture/The University of North Carolina Press, considers the social and economic lives of free women in colonial Jamaica from 1760 to 1834. In particular, the book explores the nature of women’s work, property ownership and relations across lines of race, class and status. In her article from this project, ‘Among Her Kinswomen: Legacies of Free Women in Colonial Jamaica,’ published in the William and Mary Quarterly, she demonstrates how property ownership enabled free women of African descent to shape the contours of their commercial and kinship networks even as they perpetuated the bondage of others. Before returning to Cambridge, Erin spent two years at Yale University where she was the Cassius Marcellus Clay Postdoctoral fellow in Early American History. Erin received her PhD from Cambridge in 2018, her MLitt in History from the University of St Andrews in St Andrews, Scotland and a BA in History from Davidson College.