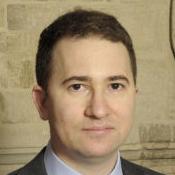 I am a historian of constitutional ideas; I have a PhD in the history of political thought from Harvard University, a JD from the Harvard Law School, and a BA in political theory from the University of Chicago.

My first book, Colossus: Constitutional theory in America and France, 1776-1799, explores transatlantic connections between the American and French revolutions, and reinterprets the political thought of John Adams, Abbé Sieyès, the Marquis de Condorcet, and other signature writers of the two revolutions. An earlier version of this manuscript received the Leo Strauss Award for the best dissertation in political philosophy by the American Political Science Association, as well as the Robert Noxon Toppan Prize for the best dissertation on a subject of political science at Harvard University.

My second book, A Diary of the Terror by Thomas Paine (under contract, Harvard University Press), is a critical edition of an unknown manuscript, likely by Thomas Paine, on the Reign of Terror in France. I found the manuscript in the French National Archives in 2017, while performing doctoral research in Paris.

I have previously held residential fellowships at the New York University Law School, the Harvard Law School, and the Max Planck Institute in Frankfurt, Germany. My research has been published or is forthcoming in a variety of journals and edited volumes, including Modern Intellectual History, History of Political Thought, and The William and Mary Quarterly.

My research interests revolve around questions of popular sovereignty, constitutional design, and Enlightenment political thought. Future projects will deal with the revolutionary origins of human rights, concepts of "free speech" in the eighteenth and nineteenth centuries, and the history and theory of the state of exception.