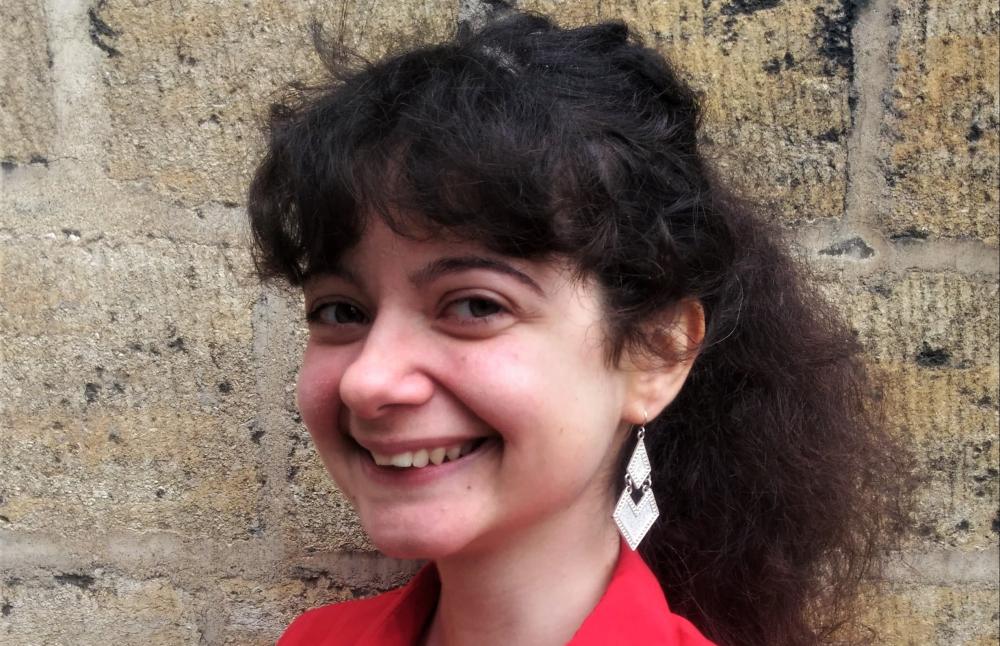 Dr Sara Caputo, Lumley Research Fellow in History at Magdalene College, is on a winning streak. A rising star in eighteenth and nineteenth century transnational maritime history and British imperial history, Caputo has recently picked up six prizes for her pathbreaking scholarship. ‘I entered a few competitions last year, hoping that something would stick,’ she said, ‘but this has been a most incredible turn of events.’

Most recently, Caputo received the prestigious Ideas Prize, a £25,000 award from Aitken Alexander and Profile Books for a non-fiction book proposal by an academic. The entry, Tracks on the Ocean, will be her second book project.

‘In this book,’ she explained, ‘I want to look at how a simple representational device has gradually transformed our understanding of the world, and of our own movement across its surface. Tracks on the Ocean tells a cartographical and environmental history of maritime travel, Western colonial mobility, instrumental science and “modernity”. Winning the Ideas Prize was a complete, fantastic shock, and I am incredibly grateful for this opportunity to let my research speak to a larger audience.’

In February, Caputo was named a co-winner of the Institute of Historical Research 2020 Sir Julian Corbett Prize in Modern Naval History for an unpublished article on naval history. The piece, 'Mercenary gentlemen? The transnational service of foreign quarterdeck officers in the Royal Navy of the American and French Wars' is now forthcoming in Historical Research.

She also received Third Place in the International Committee for the History of Technology Maurice Daumas Prize for an article on the history of technology published in the last two years. The article, ‘Exploration and mortification: Fragile infrastructures, imperial narratives, and the self-sufficiency of British naval “discovery” vessels, 1760–1815,’ appeared in History of Science in November 2020.

On top of all this, she received two prizes for her 2019 PhD thesis, 'Foreign Seamen and the British Navy, 1793-1815': the British Commission for Maritime History / Boydell & Brewer Prize, for best dissertation in maritime history completed in the UK, and, jointly with Dr Jake Subryan Richards, the Prince Consort and Thirlwall Prize & Seeley Medal from the History Faculty at Cambridge. As a Lumley Research Fellow, Caputo is currently turning this manuscript into what is sure to be an important book on the foreign sailors who served in the Royal Navy during the French Revolutionary and Napoleonic Wars.

Asked about the recent accolades, she said: "Any one of these prizes would make someone's year, and this year, of all times, I can't help but think that I have been hogging more than my fair share of joy. However, the genuine happiness of family, friends, and mentors upon hearing the repeated good news is what will leave the most lasting impression on me. Personally, I am determined to treat these recognitions as reminders to think of others even when the world tries to make it all about me, and to be immensely grateful for all the help, support, and caring with which I am constantly surrounded. Professionally, these prizes are especially meaningful because they validate different but interconnected strands of my research—projects nearing completion and projects that will be with me for many years to come, all gravitating around the notion that maritime history has much to give us still."